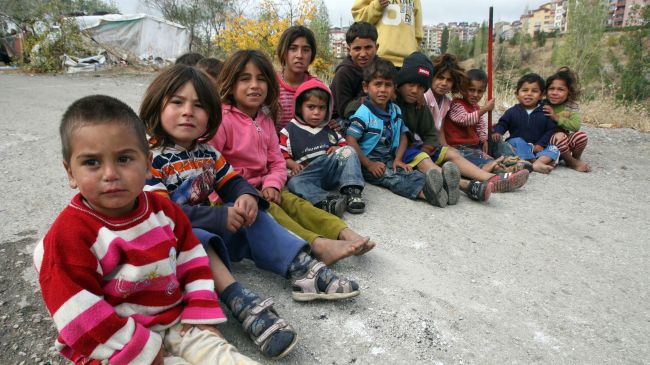 The UNICEF says child refugees who have fled the crisis in Syria face the risk of exploitation in neighboring countries.

The UN children’s agency said on Thursday that over one million kids are among 2.1 million refugees who have flown into Jordan, Iraq, Lebanon and Turkey since the outbreak of the turmoil in Syria more than two years ago.

Michele Servadei, the UNICEF deputy representative in Jordan, said the country hosts some 540,000 Syrian refugees, most of whom live in host communities in the north.

“In host communities they are much more exposed to child labor, to early marriage, to exploitation in general,” Servadei said.

According to the UNICEF official, only 80,000 refugees residing in Jordan are enrolled in education, while some 200, 000 of them are school-age.

Servadei further said an estimated 30,000 Syrian child refugees are working in Jordan, adding, “They were working mainly on the farms, in many cases also hard labor, let’s say 10 hours a day using pesticides.”

He also said Takfiri groups operating in Syria have infiltrated refugee camps in Jordan in an attempt to recruit young people to fight against their homeland. He refused to provide more details about the issue.

Children make up half of all refugees who have fled the foreign-sponsored turmoil in Syria. According to recent UN figures, over 740,000 Syrian child refugees are under the age of 11.

In August, the Office of the UN High Commissioner for Human Rights (OHCHR) said some 7,000 children have lost their lives during the ongoing crisis in Syria, while over two million others have been internally displaced in the country.

The world body says more than 100,000 people have been killed and a total of 7.8 million of others displaced since the outbreak of the violence in Syria.