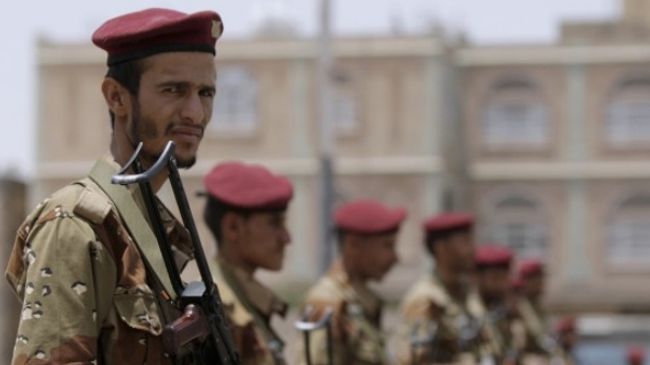 A Yemeni army colonel has been shot dead by gunmen in the coastal town of al-Mukalla in the country’s eastern Province of Hadhramaut.

Colonel Abdullah al-Tamimi came under fire on Friday by two armed men on motorcycles as he walked to his car in the Fuah district.

The gunmen reportedly fired seven times at the officer, killing him on the spot.

Less than two weeks ago, Hadhramaut was the scene of a militant attack on an army headquarters where gunmen from the al-Qaeda-linked Ansar al-Sharia group held a number of soldiers captive.

The hostage-taking ended after an operation in which the government said all the gunmen and an unspecified number of hostages were killed.

On Friday, a bomber attacked a convoy of separatist activists in the southern province of Lahij, as they were heading for the port of Aden for a demonstration on Saturday marking the independence of the former South Yemen.

Three members of the separatist Southern Movement were “gravely wounded” in the blast and were evacuated towards Aden to be hospitalized.

There was no immediate claim of responsibility for the attack.