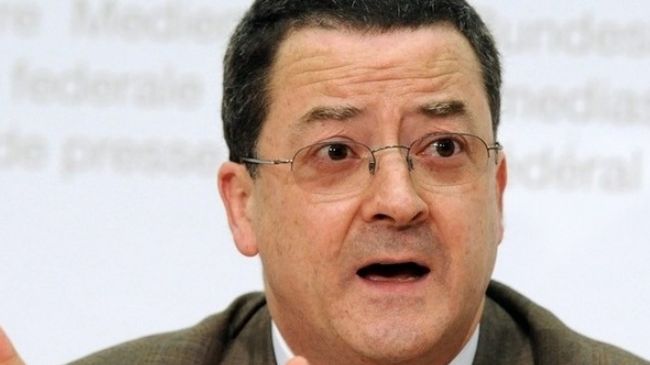 Secretary of State at the Swiss Foreign Ministry Yves Rossier has expressed his country’s readiness to develop relations with the Islamic Republic of Iran.

The visiting Swiss official was in a meeting with Iranian Deputy Foreign Minister for European and American Affairs Majid Takht-Ravanchi on Wednesday, during which the two sides discussed bilateral cooperation in political, economic, cultural, regional and international arenas.

Pointing to his country’s hosting of the next round of the talks on Iran’s nuclear energy program, Rossier expressed hope that both parties to the negotiations would take steps to bring their views closer together, reach an understanding based on mutual interests and remove common concerns.

Takht-Ravanchi, for his part, said that Iran and Switzerland could cooperate in various areas, urging Tehran and Bern to tap into their potentialities to further develop ties.

He also said that the next round of negotiations on Iran’s nuclear energy program in Geneva would be an exceptional opportunity to begin changes and adopt a new approach toward bilateral cooperation based on respect for mutual interests.

Iran and the five permanent members of the UN Security Council, Russia, China, France, Britain, the US and Germany will hold a fresh round of talks in Geneva on October 15-16.