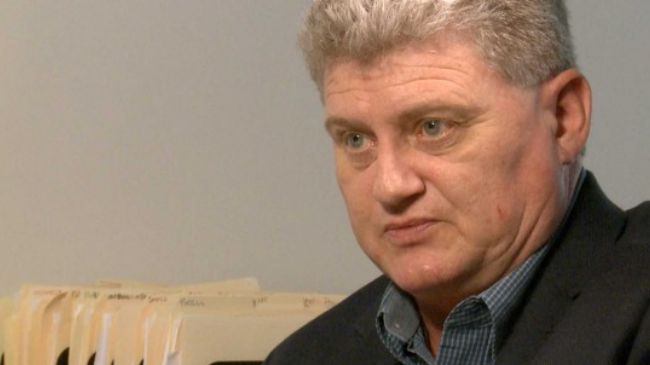 TEHRAN (Tasnim) – The father of former US intelligence contractor and whistle blower Edward Snowden arrived in Russia where his son was granted asylum in August after he spent weeks in a transit zone at Moscow airport when the US revoked his travel documents.

Edward Snowden’s Russian lawyer Anatoly Kucherena has been seen in the terminal accompanying Lon Snowden. The two came out to speak to the media after finishing with legalities, although the appearance was brief, because Lon Snowden was tired after his flight.

Snowden senior was vague about when he would see his son, only saying that he hopes that it will happen soon.

He voiced doubt that his son may ever return to America, saying that his role as the whistleblower is likely finished and Edward is of no further use as a source of information about NSA spy programs.

“I have no idea what his intentions are, but ever since he has been in Russia, my understanding is that he has simply been trying to remain healthy and safe and he has nothing to do with future stories,” Lon Snowden said.

Kucherena stressed that Lon Snowden is staying in Russia as his guest and pledged to provide accommodation, security and other things necessary to make his stay as comfortable as possible.

The lawyer added that some other relatives of Edward Snowden may come to visit Russia too, but would not disclose any details.

Lon Snowden said he feels “extreme gratitude” that his son is safe, secure and free thanks to Russia. In the past he has praised his son for speaking “the truth” and making great sacrifices, and has spoken of his concern that he would not face a fair trial if he returned to the US.

Edward Snowden has not been seen anywhere at the airport and apparently has not come to meet his father for security reasons.

The issue of personal safety was reiterated later on Thursday.

Edward Snowden, a former NSA contractor, came to global prominence after a series of publications on massive surveillance by the US government and its allies started in May. Snowden accessed many of the documents while working for the defense contractor Booz Allen Hamilton in Hawaii.

The information, published in The Guardian and Washington Post newspapers, revealed extensive internet and phone surveillance by both US and British intelligence.

Snowden was granted temporary asylum in Russia in August after he became stranded in the country due to the withdrawal of his American passport by US authorities.

Each of the charges carries a maximum 10-year prison sentence.

Washington wants him to be handed over for a trial on espionage charges and pressured several countries, which voiced their intention to harbor the fugitive. Moscow’s decision is one of several points of contention between Russia and the US.