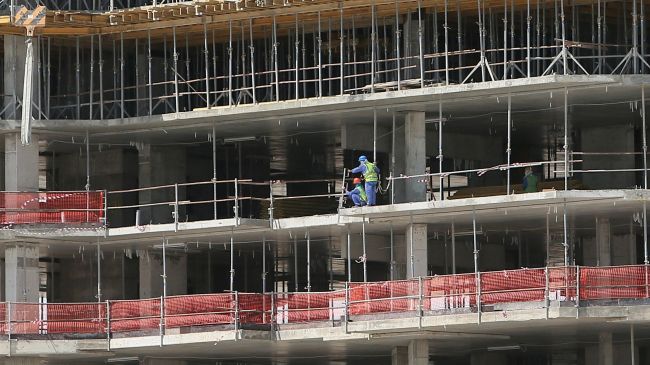 A team of international inspectors examining the situation of migrant workers in Qatar has been denied access to a construction site in the 2022 football World Cup host country.

“I can’t allow you to visit this site without prior coordination,” an official at the site told the delegation from the International Federation of Building and Wood Workers (BWI) on Wednesday after its 18 members stopped for a “surprise visit” to the site, which is being built by French group Vinci and Qatari Diyar company, AFP reported.

In response, the inspectors avoided visiting the major Lusail site, where the World Cup’s main stadium is being built 70 kilometers (43.5 miles) north of the capital Doha.

Such pre-planned visits only serve as “a show case” in Qatar’s benefit, said Ampet Yuson, one of the inspectors.

The delegates were also denied permission to meet with Hassen Dhawadi, a representative of the World Cup organizing committee, sparking a protest outside the committee’s office with the inspectors chanting “FIFA, red card.”

However, following mediation, the representative accepted to meet the team members.

In September, The Guardian newspaper revealed that at least 44 Nepalese workers died on construction sites in huge World Cup infrastructure projects in Qatar between June 4 and August 8.

The Persian Gulf state has been pressured to put an end to exploitation of migrant workers, as it is implementing a multi-billion-dollar construction program as part of preparations for the 2022 football World Cup.

The International Trade Union Confederation (ITUC) said on October 1 that the country’s response to allegations regarding the maltreatment of migrant workers was “weak and disappointing.”

Last week, the head of Qatar’s National Human Rights Committee, Ali al-Marri, admitted some problems the Nepalese workers had, but denied allegations that they were treated like “slaves.”

In March, the ITUC filed a complaint with the country’s Labor Ministry against six Qatari companies for violating the workers’ rights.

The ITUC says it received 6,000 worker complaints in Qatar in 2012 while the Indian embassy in Doha received 1,500 complaints only in the first five months of 2013.

The complaints include making false promises to the workers, withholding their passports, not paying their wages, and forcing them to live in crowded camps.