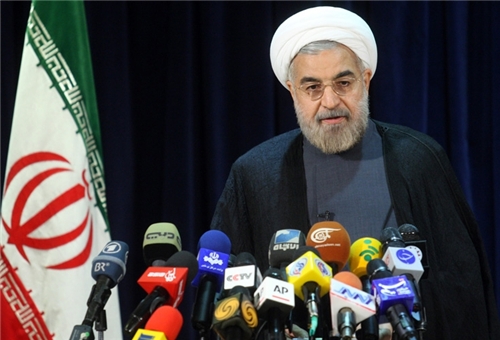 Iran’s police should keep a lower profile in their enforcement of the rules for women to cover up their bodies, President Hassan Rouhani said on Wednesday.

His remarks were seen to be keeping a promise of more social freedoms, a cornerstone of the campaign that gave him a surprise victory in the June presidential election.

“If there is a need for a warning on the hijab (head and shoulder veil) issue, the police should be the last to give it,” the moderate president told police academy graduates, Fars news agency reported.

“Our virtuous women should feel safe and relaxed in the presence of the police,” he said.

Rouhani argued that more basic steps should be taken to tackle what the religious establishment sees as contradictions of the dress code.

These could start with preaching in “schools, high schools, universities and mosques”.

The mandatory Islamic dress code observed in Iran requires all women to cover their bodies from head to toe.

Those who do not abide by the rules face arrest or other punishment.

Iran’s police force includes a “morality” unit tasked with checking women in the street to ensure that their clothing does not violate Islamic values.

Rouhani also suggested that some social issues stemmed from the country’s ailing economy, strangled by international sanctions imposed because of Tehran’s nuclear ambitions.

“To establish chastity and morality in our society, we have to uproot poverty and unemployment,” he said.

Last month the mid-ranking Shiite cleric urged the police to enforce the law while observing human dignity and avoiding “extreme methods” on the hijab issue.

The soft-spoken president, who has the backing of reformists, moderates and some conservatives, campaigned for more cultural and social freedoms in the Islamic republic.

“I sadly learned that some books were denied permission to be published only on the grounds of personal opinions,” the reformist daily Arman quoted Janati as saying.

“I think if the Koran was not a divine revelation, when it was handed to the book supervisory board, they would say some words did not comply with public chastity and would deny it permission for publication,” he said.