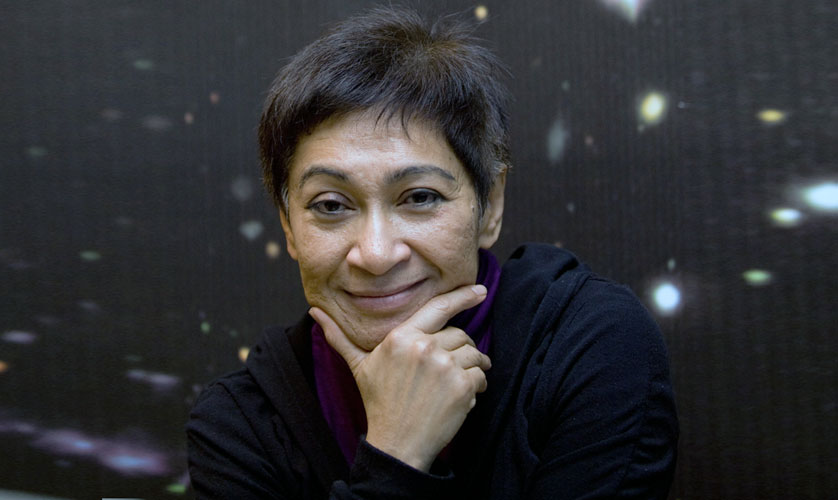 Tehran, Oct 8, IRNA – Director of the United Nations Office for Outer Space Affairs (UNOOSA) Mazlan Othman who is visiting Iran said here Tuesday that Iran is one of the most active countries both in natural disaster management and in peaceful use of outer space.

Dr. Othman made the comment on the sidelines of her visit to the Iranian Space Agency (ISA) in a meeting with the press, reiterating, It is still too soon for me to speak about Irans activities and the level of advancement in space technology, but I was very enthusiastic to visit this country and be an eye witness to them.”

Pointing out that Iran is a member of the UN Committee on the Peaceful Uses of Outer Space (UNCPUOS), she said, “Iran is also an active member of the UN sub-Committee of Natural Disasters and is considered one of active countries in that project. That is the reason why the UN has established one of its natural disaster management offices in Iran.”

The director of UNOOSA further reiterated, “Iran has had good cooperation with the UN in the field of space infrastructures and peaceful uses of the outer space, construction of satellites, and satellite launchers, and I believe this country has neither had, and would never have any problems in this field.”

She, meanwhile, said that one of the objectives of his presence is Iran during the World Space Week has been visiting the regional office of the UN on Natural Disaster Management in Karaj.

Mazlan Binti Othman (born December 11, 1951) is a Malaysian astrophysicist who has served in several roles within her country, and as Director of the United Nations Office for Outer Space Affairs in Vienna.

At the request of Prime Minister Mahathir, she returned to Malaysia in July 2002 to serve for five years as the founding Director General of Angkasa, the Malaysian National Space Agency, where her work led to the launch of the first Malaysian astronaut, Sheikh Muszaphar Shukor.

Mazlan was reappointed as UNOOSA director in 2007 by Secretary-General Ban Ki-moon, and left Angkasa to return to the post that December. At UNOOSA she deals with issues of international cooperation in space, prevention of collisions and space debris, use of space-based remote sensing platforms for sustainable development, coordination of space law between countries, and the risks posed by near-earth asteroids, among other topics.

In September 2010, several news sources reported the United Nations would soon appoint Mazlan to be the ambassador for extraterrestrial contact, apparently basing their claims on remarks she made suggesting that the UN coordinate any international response to such contact, and her scheduled appearance on a Royal Society panel that October, Towards a scientific and societal agenda on extra-terrestrial life.

However, a UN spokesperson dismissed the reports as nonsense, dismissing any plan to expand the mandate of UNOOSA, and in an email to The Guardian, Othman stated, in compliance to the wishes of the United Nations, It sounds really cool but I have to deny it. She later explained that her talk would illustrate how extraterrestrial affairs could become a topic of discussion at the UN, using as an example the advocacy that led to UN discussion of near-Earth objects and space debris.

October 9, 2013
Iran calls on UN to adopt Rouhani’s WAVE
US may ask Saudi to fire Bandar over Syria: Report