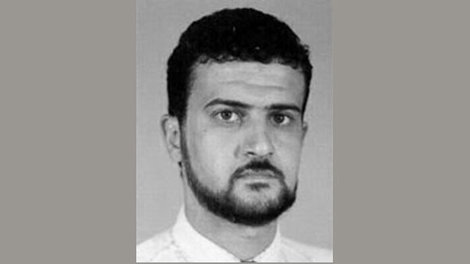 TRIPOLI, Libya (AP) — Relations between Tripoli and Washington will not be hurt by the U.S. raid that seized an al-Qaida suspect from the Libyan capital, Libyan leaders said Tuesday, as they requested Washington allow the family of the detainee – now being held on a U.S. warship – to establish contact with him.

The comments reflected the predicament of Libya’s weak central government after U.S. special force snatched Nazih Abdul-Hamed al-Ruqai, known by his alias Anas al-Libi, on Saturday. The leadership is wary of criticizing its needed ally, the United States, but it also is trying to counter anger among powerful Islamic extremists at home who accuse the government of allowing or even colluding in the abduction of a Libyan citizen.

Al-Libi is alleged to be a senior al-Qaida member and is wanted by the United States in connection to the bombing of American embassies in Tanzania and Kenya in 1998, with a $5 million bounty on his head. Immediately after the raid, the government issued a statement saying the raid was carried out without its knowledge and asking Washington for “clarifications” about the operation.

In his first public comments since the raid, Prime Minister Ali Zeidan insisted that Libyan citizens should be tried in their homeland if they are accused of crimes and vowed, “Libya does not surrender its sons.”

But Zeidan said the incident won’t hurt ties with Washington. “The US was very helpful to Libya during the revolution and the relations should not be affected by an incident, even if it is a serious one,” he said at a press conference with his Moroccan counterpart Abdelilah Benkirane during a three-day visit to Rabat. He said the justice minister has been examining “different legal options to solve this problem in a wise and reasonable manner taking into account Libyans’ rights and preserving relations.”

U.S. officials say al-Libi was immediately taken out of the country and is now held in a U.S. warship for questioning.

In Tripoli, Justice Minister Salah al-Marghani said he has met with the U.S. ambassador to Libya to inquire about details of the seizure. Al-Marghani said that while the abduction was illegal according to Libyan laws, al-Libi is now in U.S. custody and will be subject to its justice system.

“We will focus on human and citizen rights and on the necessity that he gets a fair trial,” al-Marghani told reporters. “The government is putting higher national interests in mind.”

Al-Marghani said his government is concerned about al-Libi’s health because he suffers from hepatitis, and asked he be looked after.

In Washington, State Department deputy spokeswoman Marie Harf said U.S. ambassador Deborah Jones conveyed to al-Marghani that al-Libi is “being treated humanely” and that Washington has been in touch with the International Committee of the Red Cross, though she did not say if a visit would be allowed.

Harf underlined that the U.S. values the partnership with Libya and will “continue working with them on counterterrorism and security issues” to improve the Libyans capabilities. She would not say whether Washington gave Libyan authorities any prior notification of the raid.

U.S. Secretary of State John Kerry on Monday defended the capture of al-Libi, saying the suspect was a “legal and appropriate target” for the U.S. military and will face justice in a court of law.

The Tripoli government remains weak, two years after the fall of longtime dictator Moammar Gadhafi, unable to extend its authority around the country, while armed militias – including Islamic extremists – hold sway in many areas. Some of those groups now accuse the government of colluding with the Americans in the raid, or at least turning a blind eye, raising concerns about violent retaliation.

Tariq Mitri, the U.N. representative in Libya, emphasized in a statement the importance of national sovereignty and the rights of the accused to a fair trial.

“The government of Libya and the Libyan people have every right to know the circumstances of the abduction,” he said Tuesday.

In a statement of its own, Human Rights Watch called on the U.S. to ensure al-Libi was quickly charged before a judge and given access to a lawyer in accordance with international law, adding that he should be tried in a civilian court.