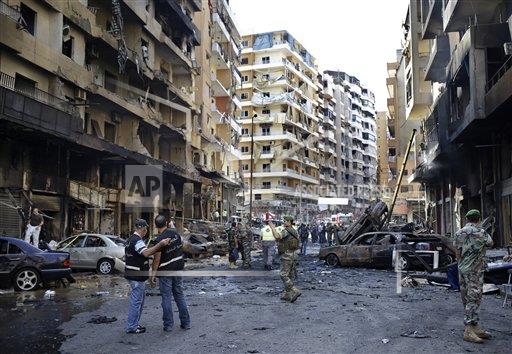 The General Directorate of General Security in Lebanon has arrested members of a terrorist network that were planning for destabilizing the security of the country.

“Three people of Lebanese and Syrian nationalities have been arrested on charges of belonging to a terrorist cell that was plotting acts of sabotage across Lebanon through bomb attacks and assassination operations,” a General Security statement said on Tuesday.

“The detainees were interrogated and referred to the military judiciary together with the seized material, which include explosives, communication devices and silenced weapons,” the statement added.

The directorate also emphasized in the statement that it “will not hesitate to pursue terrorist groups, subversive gangs and illegal emigration networks — in coordination with the rest of the security agencies – in order to preserve the safety of citizens and the security and stability of the country.”

This comes after security measures were taken in the country in the wake of deadly bombings that hit Tripoli and Beirut’s southern suburbs in August.

On August 23, at least 42 people were killed and over 500 others were injured in explosions outside two mosques in the northern Lebanese city of Tripoli.

The first blast occurred as worshippers were leaving the al-Taqwa Mosque at the city’s Abu Ali Square – close to the home of outgoing Lebanese Prime Minister Najib Mikati.

The second explosion occurred five minutes later when some 100 kilograms of explosives were detonated outside the al-Salam Mosque in the Mina district of the city.

The blasts were the deadliest attack in Lebanon since the end of the civil war in 1990.

On August 15, 27 people were killed and many others injured in a car bomb attack in the Shia neighborhood of Ruwaiss in Beirut. The area is a stronghold of the Lebanese resistance movement Hezbollah.