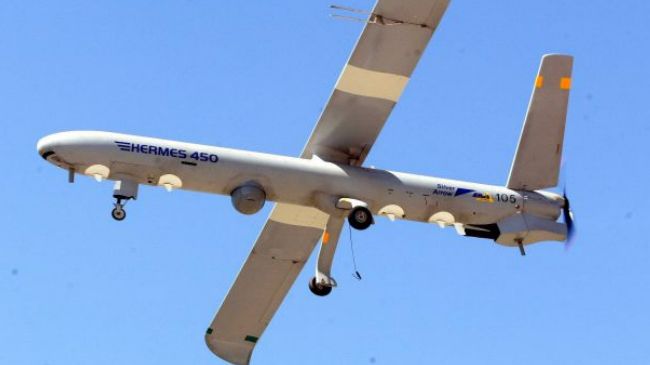 “An unmanned aerial vehicle crashed into the sea at noon. Search teams had recovered the fragments,” an Israeli army spokeswoman said on Tuesday.

The drone crashed into the sea some two kilometers from the central coast of Palmahim, which is home to several military drone squadrons.

The Israeli military is reportedly investigating the cause of the crash.

In July, Israel’s military forces shot down one of their own drones, named Hermes 450, over the Egyptian border due to an engine malfunction.

A similar incident occurred in May, when the Israeli regime shot down one of its own Heron-class UAVs, known as “Shovel,” over the Mediterranean Sea following an engine failure.

On July 7, an Israeli F-16 warplane crashed into the Mediterranean Sea due to an engine breakdown. The US-made F-16, which is Israel’s latest and most advanced type of warplane, crashed west of the Gaza Strip during a training flight.

Following the incident, the Israeli military grounded all its F-15 and F-16 warplanes.

In January 2012, a different type of a Heron-class drone, known as “Eitan,” also crashed in southern Israel while on a test flight.