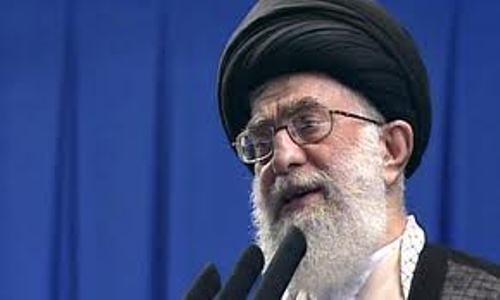 Leader of Iran’s Islamic Revolution Ayatollah Seyyed Ali Khamenei says the West should not think the Islamic Awakening in the region has come to an end.

Iran has adopted its first confidence-building measure by accepting to continue talks on its peaceful nuclear program and is now waiting for the western powers to build Tehran’s trust, a senior Iranian legislator said.

Iran’s drug combat squads have seized more than 13 tons of various types of illicit drugs in six months of operations in the capital city of Tehran, a senior police commander announced on Wednesday.

The West is at loggerheads with Iran over the principles of the Islamic Republic, a senior Iranian commander said, adding that the enemies are seeking to weaken the country from within as they can not confront it directly.

Iran to send satellite into space in month

Iran plans to launch a satellite into space by the next month, Caretaker of Iranian Space Agency (ISA) Akbar Torkan announced.

Mohammad Javad Zarif says on Facebook he has back pain after newspaper reports him describing contact as ‘inappropriate’.