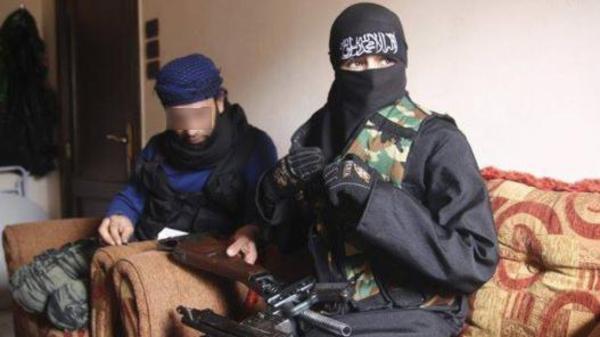 TEHRAN (FNA)- A senior interior ministry official claims that the number of Tunisian women traveling to Syria to participate in what they call Jihad al-Nikah is only 15 while media reports say they are way more.

The official, speaking on condition of anonymity, seemed to play down previous government statements that suggested the problem of women going to comfort anti-Syria militants under the pretext of a “holy” act, was pretty widespread, Al-Alam reported.

“At most about 15 Tunisian women went to Syria, most to care for fighters or to do social work,” the official said on Sunday.

Some of them were forced to have sexual relations with armed group members once they were in the country, the official said.

“Four of them came back from Syria, and one is pregnant,” he added.

“The pregnant woman said that she was caring for fighters and had to have sexual relations with them. ”

The official said, however, that many women from Chechnya, Egypt, Iraq, France and Germany had travelled to Syria for Jihad al-Nikah as well.

“They were targeted for indoctrination over the internet and by foreign sheikhs,” he added, referring to information obtained from Tunisian women returning from Syria.

Interior Minister Lotfi ben Jeddou told the National Constituent Assembly in September that Tunisian women had gone to Syria where “they have sexual relations with 20, 30, 100” militants.

“After the sexual liaisons they have there in the name of ‘jihad al-Nikah’ they come home pregnant,” Ben Jeddou said at the time.

Ben Jeddou did not elaborate on how many Tunisian women had returned to the country pregnant with the children of fighters.

Jihad al-nikah, permitting extramarital sexual relations with multiple partners, is considered by Salafists as a legitimate form of holy war.

Meanwhile the head of the relief association for Tunisians abroad, Badis Koubakji, said “dozens of Tunisian women have come back” from Syria after carrying out the jihad al-nikah there and that “hundreds” were still there.

Koubakji said there was a camp for the women in the Northwestern Syrian province of Idlib.

“It’s a complete network and the interior ministry is not being transparent on this issue,” he said on Sunday.

He said that these young women aged between 17 and 30 would not talk about their experiences because their families wanted to “preserve their honor”.

NGOs in Tunisia have urged the government to do more to tackle networks recruiting young girls to travel to Syria.

The interior ministry said earlier this year that it had beefed up checks at airports to stop young Tunisians trying to reach Syria.

Ben Jeddou had said that since he assumed office in March “six thousand of our young people have been prevented from going there” to Syria.

Local media outlets in Tunisia have published several anonymous witness accounts from young women saying they had come back from Syria.

Media reports say thousands of Tunisians have, over the past 15 years, joined extremists across the world in Afghanistan, Iraq and Syria, mainly travelling via Turkey or Libya.