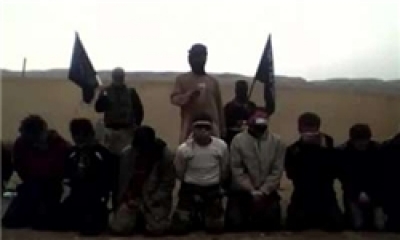 According to FNA dispatches from Northern Syria, the Syrian army has killed Mazen Al-Khatib, also known as Abu Al-Qader, in recent clashes in Ariha city in Reef Idlib.

Al-Khatib was the commander of the Al-Nusra Front in Kafr Nabl town in Reef Idlib.

A number of websites affiliated to Al-Qaeda terrorists confirmed that Al-Khatib has been killed in clashes in suburban Ariha city.

Since last week, Syrian army and militants have continued fierce battles in the Northern province of Idlib after rebels staged a massive raid on Jisr al-Shughour through multiple fronts.