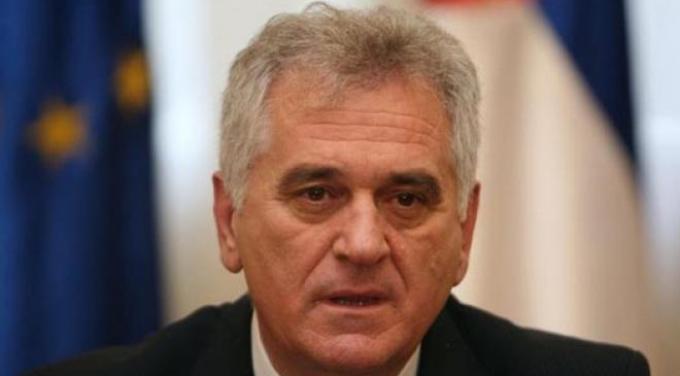 Serbian president: Serbia interests are in more ties with Iran

Belgrade, Oct 7, IRNA – Serbian President Tomislav Nikolic, in a meeting with Majlis Speaker Ali Larijani here on Monday, said that Serbia interests are in developing ties with all countries including Iran.

He expressed hope that the first signs of departure from economic recession will be seen soon in Serbia, adding that a pre-condition for such a move is order and discipline, hard work, and renewing friendship and cooperation with many of the countries.

The two sides underlined that in spite of imposed sanctions against Iran by the European Union, there is a vast ground for expansion of economic cooperation between Tehran and Belgrade.

Larijani, by expressing interest in developing relations and cooperation with Serbia in different fields, conveyed greetings of President Rohani to his Serbian counterpart and extended him an official invitation to visit Iran.

He is scheduled to visit Croatia on October 10-11, 2013 to talk with his Croatian counterpart and a number of other senior officials of the country.