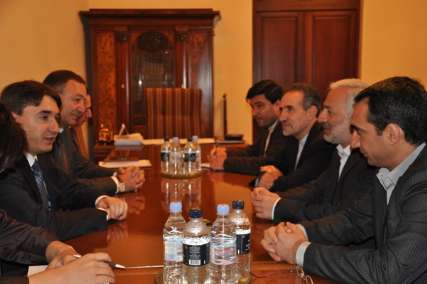 Iran calls for expansion of ties with neighboring states

Orumieh, West Azarbaijan prov, Oct 8, IRNA – West Azarbaijan governor general Vahid Jalalzadeh said on Tuesday that expansion of ties with neighboring countries are among the priorities of his province.

Jalalzadeh made the remarks in a meeting with a number of Armenian officials in the Armenian capital, Yerevan.

He underlined that the West Azarbaijan province has the potential to become an investment hub in the region.

During the meeting, the two sides discussed ways to widen Tehran-Yerevan ties.