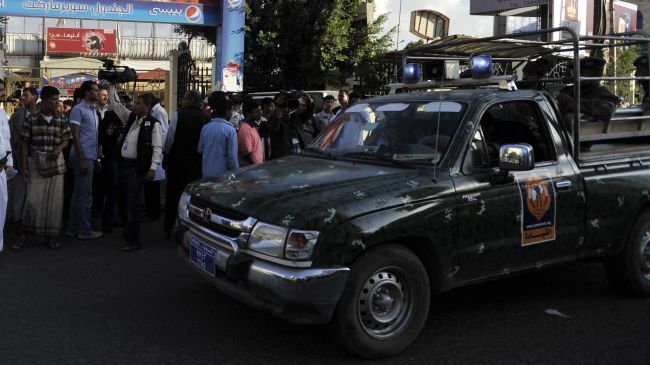 Yemeni authorities say foreign diplomatic missions have confined their movements and reduced their activities inside the country after a security guard for the German embassy was killed by unknown militants earlier.

On Monday, Yemeni officials said a number of foreign missions suspended all meetings outside embassies except for the ones with state leaders, The Associated Press reported.

An official from Yemeni Investment Ministry said his meeting with a Western diplomat was called off and instead he was requested to come to the embassy.

The gunmen attacked the German national’s vehicle and shot him dead after he left a supermarket in Hada district in the south of the Yemeni capital Sana’a, where most foreign embassies are located.

No group has yet claimed responsibility for the assassination.

“In a telephone conversation with my Yemeni counterpart (Abu Bakr) al-Kirby just now, we agreed on a comprehensive cooperation into the investigation of the crime. A team of German experts will support the investigation on site in Sana’a,” Westerwelle said.

He added that “the German foreign ministry’s crisis response center and the German embassy in Sana’a are in close contact with all relevant authorities. They are trying to investigate the circumstances and the background of the crime as quickly as possible.”

A German foreign ministry spokeswoman also issued a statement denying earlier reports that said German Ambassador to Yemen Carola Mueller-Holtkemper was herself the target of kidnapping.

“Reports about an attempted abduction of the German ambassador are unfounded,” she said, adding, the ambassador was outside the country at the time of the attack.

On August 31, Yemeni Prime Minister Mohammed Salim Basindawa escaped an assassination attempt by unknown gunmen, who opened fire on his convoy in the capital.