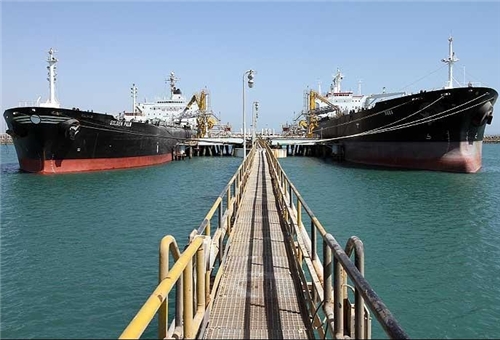 Navy commander: Iran to give crushing response to aggressors

TEHRAN (FNA)- Navy Commander Rear Admiral Habibollah Sayyari termed Iran the most secure country in the region, and said the Navy will give a crushing response to any possible aggressor.

“Iran is the most secure country in the region and we will give a crushing response to any aggression against Iran’s territorial waters,” Sayyari said, addressing a number of Navy personnel in the Northern city of Anzali on Monday.

He referred to the Iranian Navy’s deployment in the international waters, and said pirates attacked one of the biggest Iranian oil tankers in the last few days but their repeated attempts to hijack the giant vessel were foiled by the Iranian Navy warships present on the scene.

His remarks came after repeated attempts by pirates to hijack an Iranian oil tanker in international waters were foiled by the timely action of the Iranian warships present in the region.

Lieutenant Commander of the Iranian Navy for Operations Admiral Siyavash Jarreh announced on Sunday that the Navy’s 27th fleet of warship saved the Iranian tanker from pirate attacks in the Gulf of Aden.

“The Iranian oil tanker was attacked by a pirate boat last night but their devilish act failed due to the timely action of the 27th flotilla of warships and the pirates fled the scene,” he added.

Yet, the admiral said, the pirates returned after reinvigorating their forces on eight boats but the Iranian fleet of warships rushed to the scene and forced pirates to flee by staging successful defensive operations and a heavy firepower, he added.

“The Iranian oil tanker was escorted by the Navy flotilla through the waterway and it continued its path towards its destination fully safely,” Jarreh said.

In relevant remarks late September, a senior Iranian Commander said that the Iranian fleets of warships deployed in the Gulf of Aden have escorted a total number of 1,538 cargo ships and oil tankers during their mission in the waterway.

“The Islamic Republic of Iran’s Navy has escorted 1,538 cargo ships in the Gulf of Aden so far,” Commander of the Iranian Army’s 4th Naval Zone Admiral Khordad Hakimi told FNA in the Northern port city of Anzali.

Sayyari said at the time that the 27th fleet was dispatched after the return of the 26th fleet of the Iranian Navy, comprised of the Bandar Abbas warship and the Alvand destroyer returned home.