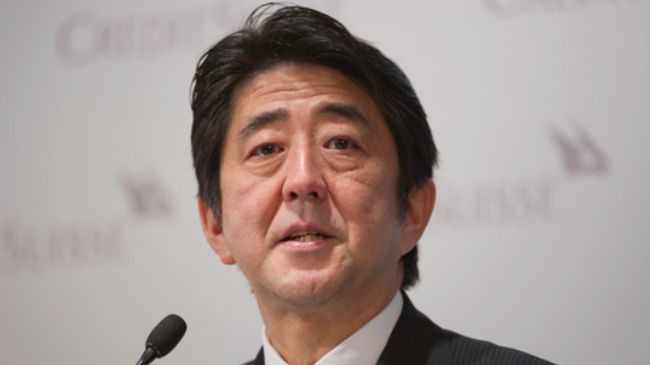 Prime Minister Shinzo Abe said Sunday that his country “needs your knowledge and expertise” in handling the nuclear crisis, Kyodo News quoted the premier as saying at an international science conference in Kyoto.

“We are wide open to receive the most advanced knowledge from overseas to contain the problem,” the Japanese prime minister stated.

The comments come days after Katsuhiko Ikeda, the president of Japan’s Nuclear Regulation Authority, called on Tokyo Electric Power Co. (TEPCO) to bring the situation at the No. one nuclear complex under control.

On October 3, TEPCO, the plant’s operator, said that Japanese technicians had found a new leak of radioactive water in a storage tank belonging to the damaged power station.

TEPCO also said that the contaminated water may have flown into the Pacific Ocean.

The International Atomic Energy Agency (IAEA) has announced plans to dispatch a team to Japan to review the progress being made in cleaning up areas surrounding the Fukushima plant.

On March 11, 2011, a nine-magnitude earthquake triggered a tsunami that inflicted heavy damage on the six-reactor Fukushima plant. The cooling systems of the plant’s reactors were knocked out, leading to meltdowns and the release of radioactive material.

Japan has been criticized for its reluctance in accepting foreign assistance with managing the crisis.

A report released by a Japanese parliamentary panel in July said the disaster in Fukushima was not only due to the tsunami, but also a “man-made disaster.”

The report criticized the “government, regulatory authorities and Tokyo Electric Power Company” for being devoid of “a sense of responsibility to protect people’s lives and society.”