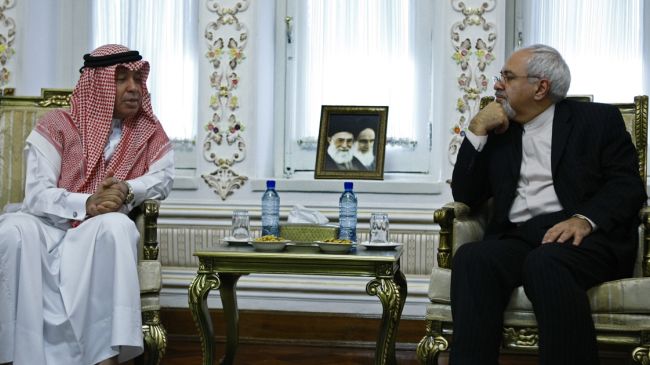 Iran, Qatar must consult on ME issues: Zarif

In a Monday meeting with the outgoing Qatari Ambassador to Tehran, Ibrahim Abdulrahman al Mighaseib, the Iranian minister added that the region and the world are currently faced with sensitive developments including the continuation of violence and extremism in Syria.

Syria has been gripped by deadly turmoil since 2011. According to the United Nations, more than 100,000 people have been killed and millions displaced in the violence.

Reports indicate that the Western powers and their regional allies — especially Qatar, Saudi Arabia, and Turkey — are supporting the militants operating inside the country.

“As two neighboring Muslim countries, Iran and Qatar have great commonalties and many grounds for cooperation in various political and economic fields,” Zarif stated.

He pointed to the great economic and trade capacities of the two countries and expressed hope that Tehran and Doha would further improve their relations by implementing agreements already reached.

The Qatari envoy, for his part, expressed his country’s determination to bolster ties with Iran in all fields.