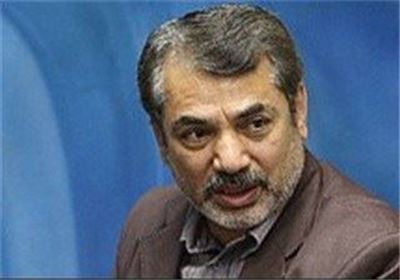 TEHRAN (Tasnim) – A Middle East affairs analyst said on Monday that Iran’s presence in Geneva II Conference on Syria can lead to good results for the resolution of the prolonged crisis in that Arab country.

“The presence of the Islamic Republic of Iran, representatives of the dissidents, and the big world powers in Geneva II Conference is necessary, as they can affect the results of that gathering and provide the required conditions for Syria’s exit from crisis,” Hossein Rouyvaran told Tasnim News Agency.

Regarding the latest developments in Syria, Rouyvaran said that the Syrian army has managed to regain control of many parts of the country and different rebel groups have started to fight each other.

The UN-Arab League peace envoy, Lakhdar Brahimi, had on Sunday urged Syria’s warring parties to hold talks “without preconditions” and expressed hope that negotiations could take place in Geneva in late November.

“I am trying to invite everyone for the second half of November…. We’ll see. I’m a realist.”

World powers are urging Syria’s government and opposition to take part in the long-sought peace talks, which are aimed at finding a political settlement to end the country’s conflict.

The opposition has said it will not negotiate unless President Bashar al-Assad leaves office, but Brahimi said the condition would have to be set aside.

“We are going to Geneva without preconditions. Mr. Bashar al-Assad cannot say that he does not want to negotiate with ‘X’ or ‘Y’ and it’s the same thing for the opposition,” Brahimi said.

All five permanent members of the UN Security Council — Britain, China, France, Russia and the United States — are expected to be involved in the talks and Brahimi said other key countries could take part.

“Iran and Saudi Arabia should be present at Geneva II,” Brahimi said.

Brahimi also said that although it has been announced the conference will be held by mid-November, the exact date has not yet been agreed.

The UN envoy to Syria said the expected meeting in Switzerland aims to implement the the platform of Geneva I and its June 30, 2012 declaration, which calls for a transitional government to be set up, made up of members of the current government and the opposition. It called for the new government to have full executive powers, including control over the country’s armed forces and security forces.