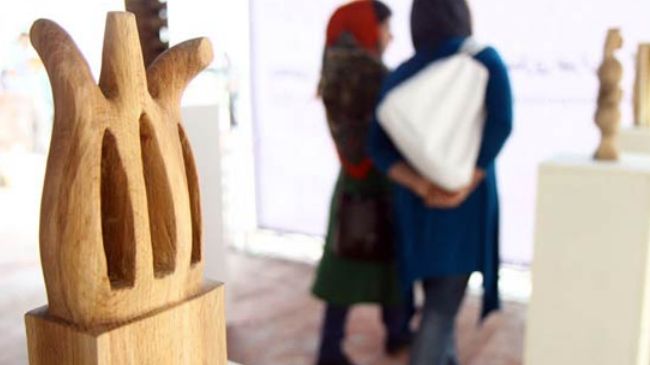 Parviz Tanavoli’s book on history of sculpture in Iran unveiled

TEHRAN, Oct. 6 (MNA) – A book written by prominent Iranian sculptor Parviz Tanavoli on the history of sculpture in Iran was unveiled during a ceremony on the sidelines of an exhibition of his works at Tehran’s Mah-e Mehr Gallery on Friday evening.

Entitled “The History of Sculpture in Iran”, the book has been released by Nazar Publications.

He signed some copies of the book for his fans at the exhibit, which is dedicated to a collection of his small-size works.

Speaking at the ceremony, art expert and head of Nazar Publications Mahmudreza Bahmanpur said that the book will lead to beneficial changes in the art of sculpture in the country.

Former curator of the Tehran Museum of Contemporary Art and art expert Alireza Sami-Azar next spoke briefly about Tanavoli’s great accomplishments and his efforts to train the young sculptors.

He referred to the rich history of Iranian sculpture in the Sassanid era (224-651 CE) and said that many significant sculptures were made in this era, some of which indicate the glory of Iranian art.

He regarded the Qajar era (1796-1925) as the golden age of Iran’s art of sculpture and said, “In this book, we become more familiar with Ali-Akbar Hajjar, a great sculptor during the Qajar era. Tanavoli has tried to familiarize us with the sculptors and introduce them.”

He called the book a beginning for further historical research on sculpture and said, “This research is of great importance and helps the readers to become better acquainted with the art of sculpture.”

Next Tanavoli talked about sculpture as an art supported by the kings in its time and said, “Different kings from different dynasties promoted this art especially during the time of the Qajar king Fat’hali Shah.”

He said that tombstones made for Qajar kings are good examples of sculpture in Iran.

“Nasser ad-Din Shah Qajar brought a style of Western sculpture into Iran, and little by little the trend toward figurative sculptures increased among sculptors. Then, sculptor Hajjar arose in those years,” he added.

Tanavoli who usually makes large sculptures, has also made a series of small sculptures, which have been put on display all together for the first time. The exhibit is running for one month at the gallery located at No. 7, Nilufar St., off Africa Ave.