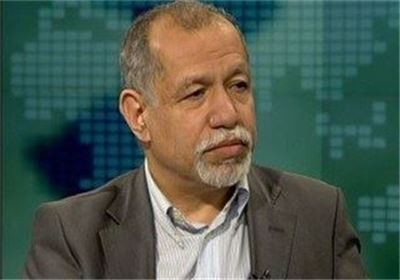 TEHRAN (Tasnim) – A Bahraini opposition figure strongly condemned Al Khalifa regime for the atrocities it has committed against the Arab nation, and stressed that the ruling family has lost its legitimacy and relevance.

“The ruling regime in Manama has lost its legitimacy among the Bahraini nation, and the crimes this regime has committed against people of the country have made the nation call for the overthrow of Al Khalifa with one voice,” Saeed Shahabi, secretary general of the Bahrain Freedom Movement, told Tasnim on Saturday.

He also explained that the Bahraini nation regards “the ruling monarch and his accomplices” as the culprits, and want the “criminals and murderers” who killed many people and “brazenly violated human rights” to be brought to justice.

Shahabi further made it clear that the Bahraini nation would not budge “untill the realization of all its goals,” and added: “Presence of all the Bahraini people in the demonstrations reveals that the revolution is on its right path.”

The Persian Gulf state has seen frequent unrest since authorities cracked down on the popular uprising against the ruling monarchy in early 2011.

Human Rights Watch has accused the Bahraini government of violence and torture, with frequent reports of child protesters facing conditions which border on torture while in custody.

Human rights organizations have also accused the West of turning a blind eye to the crackdown, because it considers Bahrain as strategically important, providing a haven for the US Navy’s Fifth Fleet in the Gulf.

Bahrain has seen 80 people killed since the protests erupted, according to the International Federation for Human Rights. Hundreds more have been arrested and languish in prison.

In a recent mass show trial in six separate cases, 95 Bahraini protesters were sentenced to between three and 15 years in prison for allegedly trying to topple the country’s constitutional monarchy, organizing bombings and inciting anti-government rallies.

Many popular human rights activists were among the 95 individuals receiving a total of 808 years behind bars.

Saudi Arabia, whose forces helped the Al Khalifa regime in its bloody repression of the popular uprising, is much resented by the Bahraini people.