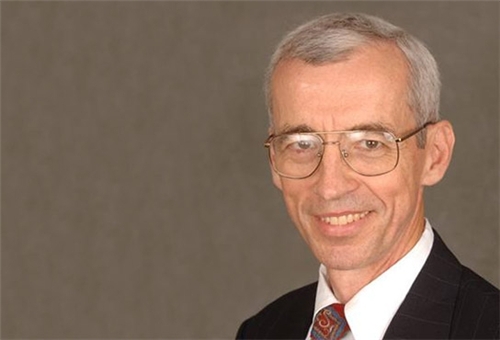 TEHRAN (FNA)- American think tank, the National Interest, said the US hawks, neoconservatives and Israel are hindering rapprochement between Tehran and Washington.

Paul R. Pillar in an article released by the National Interest says when Iran’s President Hassan Rouhani was in New York last week and addressing a gathering at a New York hotel, the mood among the many people in the audience who have those interests was bordering on euphoric—there were many expressions of optimism and references to a sea change in relations. “That event climaxed when Iranian Foreign Minister Javad Zarif, who strode into the room late in the session, came to the podium to give an upbeat report on the discussions he had just concluded with Secretary of State Kerry and the other P5+1 foreign ministers. Then the next day, as the climax of the entire week, was the presidential phone conversation, which has repeatedly been described by the adjective ‘historic’.”

Then Pillar says he believes that “any prospects for progress toward an agreement about the Iranian nuclear program face two big impediments”.

“First, of course, are the forces that have opposed all along any agreement between the United States and Iran, will continue to oppose any agreement, and will see the setback they suffered this past week as a reason to try harder to step up their game. Those forces are led by Prime Minister Netanyahu of Israel and assisted, as Daniel Levy summarizes the line-up, by ‘American hawks and neoconservatives, Republicans who will oppose Obama on anything, and some Democrats with a more Israel-centric bent’.

“As Levy further notes, the efforts of these forces “will be concentrated on escalating threats against Iran, increasing sanctions, and raising the bar to an impossibly high place on the terms of a nuclear deal,” Pillar says, adding that this will provoke the Iranians to give up talks and leave the table of negotiations.

“The other impediment grows partly out of the euphoria itself, which aids the aforementioned bar-raising and has set the stage for unreasonable standards being applied to Iranian actions over the next several months,” Pillar says, cautioning that when expectations are too high and are, thus, not met, the trend of convergence falters.

Then, he says that we should expect to hear many comments over the next couple of months “about how the Iranians have not delivered on the expectations placed on them”.

Pillar says when Iran’s President Rouhani was in New York, those opposing a US-Iran deal over the latter’s nuclear case, said words are not enough and need to be followed by specific, concrete actions.

“Of course actions are what matters in the end, but most such comments do not specify exactly what actions we should expect Iran to take now. Moreover, and just as important, they do not specify what Iranian actions would be reasonable to expect in the context of actions that the United States and its P5+1 partners are, or are not, taking. If the expectation is for Tehran to make substantial unilateral concessions or changes in its nuclear activities with nothing in return, then we are dwelling in the same fantasy world of those in the West and Israel who do not want any agreement at all and make unmeetable demands to try to preclude one. If crippling sanctions have helped to bring about the change that has already taken place on the Iranian side—as promoters of still more sanctions are quick to argue—why would, and why should, Iran give up the store or give up anything without getting sanctions relief in return,” he asks.

“The actions that will matter the most will be proposals made at the negotiating table, with the P5+1 and in bilateral U.S.-Iranian negotiations. That necessarily means actions by both sides. Any reasonable objective observer looking at where the negotiations left off earlier this year would conclude that there needs to be at least as much action, and probably more, on the P5+1 side as on the Iranian side. The last proposal the P5+1 made would entail only minor sanctions relief (compared with the vast panoply of sanctions currently in place) in return for substantial restrictions on Iranian nuclear activities that get to the core of Western objectives. The Iranians are justified in viewing this as an offer of peanuts and a demand for meat.”

“The Iranians, too, have expectations and want to see concrete actions,” Pillar correctly underscores, and adds that having undergone some recent change on their side, now “Iranians understandably have all the more expectation for change on the other side. Having been given much reason to doubt whether the United States really wants an agreement or instead is just using negotiations to stall for time while sanctions inflict still more damage, the Iranians have been looking mostly for two things. The first is assurance that the objective of the United States involves acceptance of the Islamic Republic of Iran as a legitimate interlocutor and as the owner and operator of a peaceful nuclear program. President Obama went a long way toward addressing that topic—in his address to the United Nations General Assembly and in his remarks following the phone call with Rouhani—by explicitly disavowing an objective of regime change and accepting the concept of a peaceful Iranian nuclear program”.

“But that is still just talk, not action. Apart from publicly assigning to the secretary of state the responsibility for making something happen, we unfortunately have yet to see from the administration the sort of specific, concrete actions that would make things happen. That gets to the second big thing the Iranians are looking for: major sanctions relief in return for the sorts of nuclear restrictions that are being demanded of them.”

Amid all the talk about ‘testing’ Iranian intentions, Leslie Gelb correctly observes that “Obama has to test himself as well and put some smart compromises on the table to jump-start serious negotiations. According to administration officials, however, he hasn’t gotten close to this approach yet.” There is too much of an attitude in Washington that the ball is still in the Iranians’ court.

“In thinking about whose half of the court the ball is in right now, we should note that this whole issue is not an issue because the Iranians made it one or wanted it to be one. They are doing with their nuclear activities what several other nations have been doing and that they believe with good reason they have a right to do as well. They had no reason or desire to make a stink about it. The issue is a big stinking issue because people outside of Iran have made it so, and it is outside Iran that much of the action needs to be taken now to resolve the issue,” Pillar concludes.