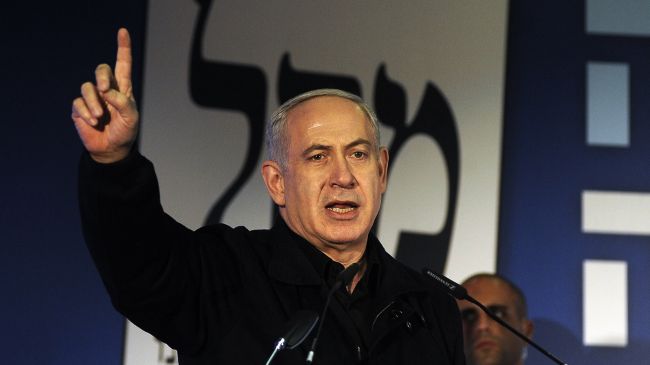 Israel Prime Minister Benjamin Netanyahu has told the 68th session of the UN General Assembly that Iran must dismantle its entire nuclear program, repeating his baseless accusation that Tehran is seeking to develop nuclear weapons.

“Iran wants to be in a position to rush forward to build nuclear bombs before the international community can detect it and much less prevent it,” Netanyahu said in an address to the 68th annual session of the UN General Assembly in New York on Tuesday.

Netanyahu added that a “nuclear-armed” Iran would be a threat to Israel’s future and called on the international community to keep up pressure on Tehran through sanctions.

In a meeting with US President Barack Obama in Washington on Monday, Netanyahu claimed credible military threat and sanctions have brought Iran to the negotiating table.

He called on Obama to tighten economic sanctions on Iran if it continues its nuclear advances during a coming round of talks with the West, saying, “Those pressures must be kept in place.”