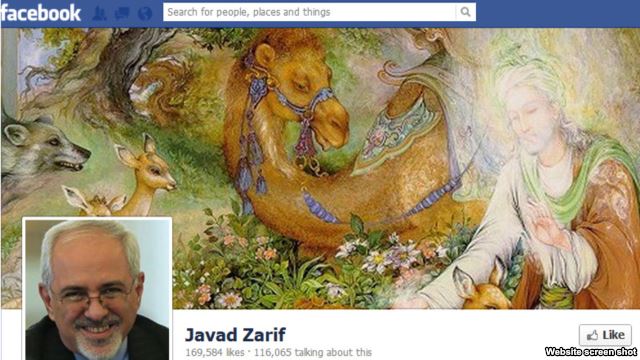 Iranian Foreign Minister Mohammad Javad Zarif, who has added more than 100,000 new fans to his Facebook page in the past week — topping 348,000 — is pressing on with social media diplomacy.

His Facebook page contains not only photographs of his meetings with Western diplomats and accounts of his daily routine, but also poetry from Iran’s classical poets Rumi and Ferdowsi.

Yesterday, Zarif said he went for a stroll around the reservoir in Central Park, his first opportunity in more than a week to explore New York City. In addition to his diplomatic meetings, Zarif has met with political analysts and nuclear scientists, including representatives of the International Atomic Energy Agency, he wrote.

Today, Zarif is scheduled to have 8 meetings with foreign ministers and ambassadors, including Navi Pillay, the UN high commissioner for human rights, according to his latest entry on Facebook.