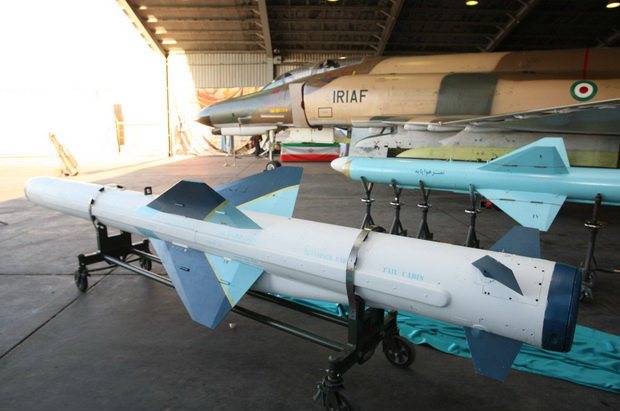 TEHRAN (Tasnim) – Iran plans to produce a new generation of air-launched missiles that are more precise, lighter and have longer ranges, a defense ministry official said.

“The range of air-launched missiles in the new generation will reach 300 kilometers,” Director of Iran’s Defense Ministry’s Aerospace Organization Brigadier General Mehdi Farahi said in an article presented at a conference on air-launched weaponry, here in Tehran on Tuesday.

He also noted that Iranian experts succeeded to design and produce air-launched missiles within a span of 1 and a half years.

In the field of air-launched missiles a roadmap has been devised that focuses on production of light, long-range and smart missiles, said Farahi, who talked of plans to increase the range of the new generation of such missiles to 300 kilometers.

The two home-made missiles had been originally designed and mass-produced as anti-ship cruise missiles.

“After designing and mass producing Qader and Nasr anti-ship cruise missiles, the adroit and skillful specialists of the defense ministry’s aerospace organization managed to design and produce the air-launched versions of these missiles with exemplary creativity and innovation,” the minister explained at the time.

The air-launched versions of Qader and Nasr missiles are able to hit targets within a range of 200 km and 35 km, respectively.