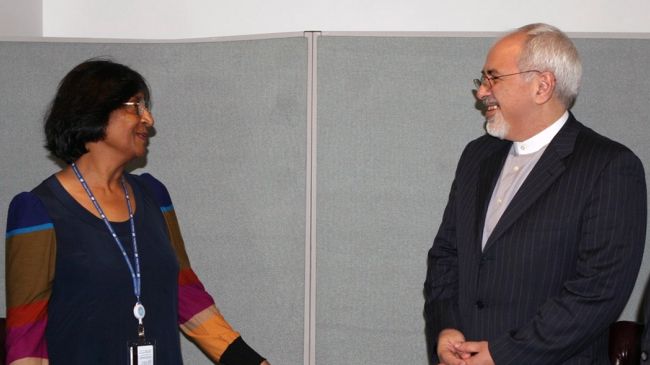 During the meeting in New York on Monday, the Iranian foreign minister said there should be a change in the current global approach toward the issue of human rights.

Zarif stressed the necessity of approaching human rights in the true sense of the term, not as a political tool and a politicized issue.

The Iranian foreign minister also invited the UN official to pay a visit to Iran in the near future.

Pillay, for her part, welcomed the invitation and stressed the interest of Office of the UN High Commissioner in expanding cooperation and interaction with the Islamic Republic.