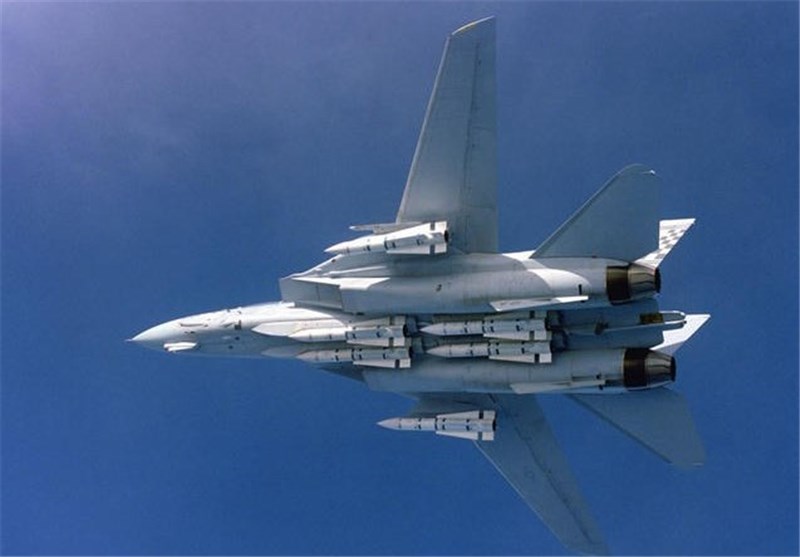 Iranian military experts and researchers have completed the production process of a new air-launched missile, dubbed “Fakour 90” (Thoughtful 90), which will be mounted on F-14 Tomcat fighter jets.

Speaking in a conference on air-launched weaponry held in Tehran on Tuesday, Deputy Chief of Staff of Iran’s Armed Forces Brigadier General Mohammad Hejazi explained that Fakour 90 is an air-to-air mid-range missile.

Some experts believe that the new Iranian missile is indeed the upgraded and advanced version of American “AIM-54 Phoenix” missile.

The AIM-54 Phoenix, produced by the US in 1966, is a radar-guided air-to-air missile carried in clusters of up to six missiles on F-14 Tomcats, its only launch platform.

The Phoenix has several guidance modes and is capable of hitting the targets within a range of 160 kilometers at a speed of Mach 5.

In a ceremony here in Tehran at the time, Iran’s Defense Minister Brigadier General Hossein Dehqan unveiled the air-launched versions of Qader and Nasr missiles, which had been originally designed and mass-produced as anti-ship cruise missiles.

“After designing and mass producing Qader and Nasr anti-ship cruise missiles, the adroit and skillful specialists of the defense ministry’s aerospace organization managed to design and produce the air-launched versions of these missiles with exemplary creativity and innovation,” the minister explained.

The newly-developed missiles are planned to be mounted on the country’s fighter aircraft, enabling the Air Force to dramatically enhance its operational and deterrent capabilities, Brigadier General Dehqan pinted out.

He further noted that the air-launched versions of Qader and Nasr missiles are able to hit targets within a range of 200 km and 35 km, respectively.