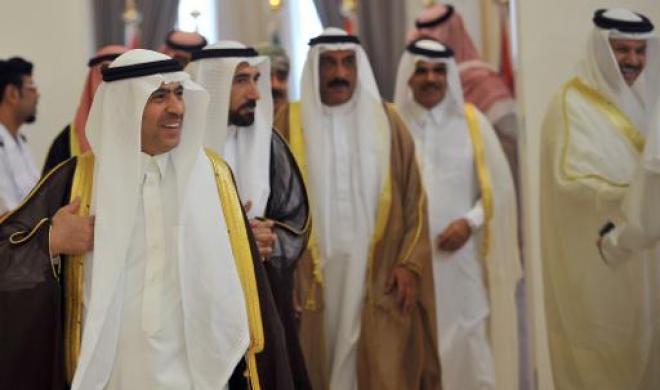 Gulf Arab states are uneasy about the unexpected overture between Washington and Tehran, fearing any rapprochement will come at the price of concessions to their regional rival, analysts say.

“For the countries of the Gulf Cooperation Council, a thawing in the US-Iranian relations could contribute to regional security, but they have reservations over the secrecy that surrounded it, and the nature of concessions,” he said.

“There is no rapprochement without concessions,” said Saqr, who is close to government circles in Saudi Arabia.

Iran would seek to “widen its regional influence and meddle further in the affairs of its neighbours,” he predicted.

Saqr said there was already “mistrust” between the Gulf states and their US ally over Washington’s failure to deliver on its threat to take punitive military action against the Syrian government over a chemical attack in the Damascus suburbs on August 21.

The Gulf states are staunch supporters of the Syrian rebels and some have provided arms as well as funds.

Saqr said that Iran’s determination to take part “actively” in a planned peace conference for Syria in Geneva was a sign of its ambitions.

Gulf Arab disappointment at the US change of tack has been evident in the Saudi-owned pan-Arab press.

“Just as we waited the strike that he promised to punish the Syrian regime, Obama went and hit his allies,” complained columnist Abderrahman al-Rashed in Asharq al-Awsat.

“We do not understand why Obama decided to open the door, which had remained shut until now in the face of a regime that (former) US presidents considered as evil.”

He was referring to former US president George W. Bush’s 2002 speech describing Iran as part of an “axis of evil” alongside North Korea and Saddam Hussein’s Iraq.

Analyst Abdulwahab Badrakhan said the US decision to seek a diplomatic solution to the Syrian conflict was a driving force behind the detente with Iran.

“The West needs Iran,” the closest ally of Syrian President Bashar al-Assad, if it is going to get his regime to the negotiating table, said Badrakhan.

“This will not be offered for free by Iran, which will get a good return concerning its nuclear programme, as well as its influence in Iraq, Syria, Lebanon and Bahrain,” he said.

Badrakahan said the Sunni-ruled Gulf monarchies remained “worried” about Shiite Iran’s ambitions despite the reassurances of Rouhani since he took office in August.

Samir Altaqi, the head of the Dubai-based Orient Research Centre, said the Gulf states should be involved in all arrangements that concern Iran’s future “regional role.”

Otherwise, they will be “forced to act based on their own interests,” he said.

Saqr said the oil-rich Gulf states had ample means at their disposal to influence decision-makers in Washington.

“In addition to lobbying the US Congress and American decision centres, they can partially de-peg their currencies from the greenback, in favour of a basket of currencies,” he said.

“In that, they would be making clear their reservations over the US-Iranian rapprochement.”