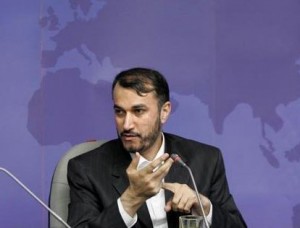 Iran pursues the policy of mutual respect and promotion of cooperation with Arab countries, an Iranian deputy foreign minister says.

Commenting on Tehran’s relations with Riyadh, Amir-Abdullahian said, “Because of its potentialities and its role in regional issues, Saudi Arabia is one of the important countries in the Arab world, the Persian Gulf region and the Muslim world.”

“Iran and Saudi Arabia are two key countries and main players in the region, and our interaction, cooperation and consultations can help resolve many problems in the region and even in the Muslim world,” the Iranian official added.

Commenting on the ongoing unrest in Bahrain, Amir-Abdullahian said Iran favors dialog as the most effective solution to the crisis.

Describing the crisis as an internal problem, the Iranian official said Tehran has offered its assistance to help restore peace and security to the country by finding a political solution and facilitate national dialog to resolve the crisis in a manner which serves the interests of the involved parties.

Only a month into the protests, troops from Saudi Arabia and the United Arab Emirates invaded the country to assist the Bahraini government in its crackdown on peaceful protesters.