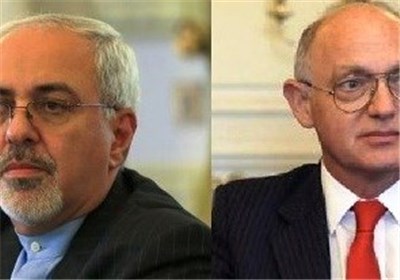 During the meeting, the two ministers exchanged viewpoints on the ways to implement a memorandum of understanding (MoU), signed earlier this year between Tehran and Buenos Aires.

They also agreed that bilateral talks resume in the first half of November in Geneva.

Minuto Uno, a Spanish language website, had announced earlier that Zarif and Timerman were scheduled to discuss the long, drawn-out AMIA case in New York.

Argentina’s Senate earlier this year voted to approve an agreement with Iran on the establishment of a fact-finding committee to investigate the bombing of the AMIA Jewish center in 1994 which left 85 people dead.

On January 27, the former Iranian foreign minister Ali Akbar Salehi and his Argentine counterpart signed a memorandum of understanding in Addis Ababa, on the sidelines of an African Union summit in Ethiopia, to create a “truth commission” that will investigate the AMIA bombing, which will be staffed by jurists chosen jointly by the two governments.

Under the agreement, five independent judges will investigate the 1994 bombing. None of the judges will be from Argentina or Iran.

Argentine President Cristina Fernandez de Kirchner called the agreement “historic,” saying it could “guarantees the right to due process of law, a fundamental principle of international criminal law.”

Israel and some Jewish lobbyists accuse Iran of orchestrating the 1994 bombing of a Jewish community center in Buenos Aires. The Islamic Republic has categorically denied any involvement in the terrorist bombing. No suspects have been convicted for the bombing.

Timerman has said he will defend the MoU agreed between the two sides and welcomed Tehran’s readiness to cooperate on the issue.