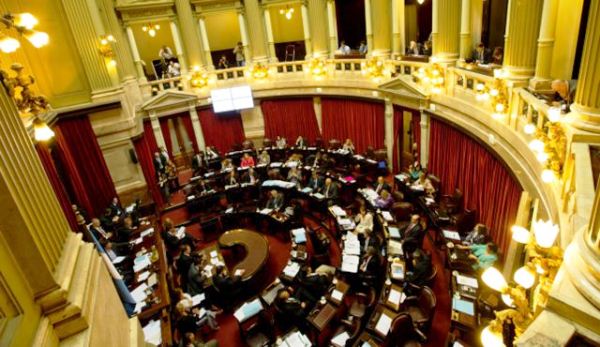 Argentine Foreign Minister Hector Timerman met in New York on Saturday with his Iranian counterpart, Mohammad Javad Zarif, who assured him Iran”would honor all points of the agreement” to shed light on the bombing that killed 85 people, Telam said.

The two countries will form investigative teams to meet in Geneva in November to get on with the probe.

The apparent breakthrough took place amid signs of a thaw in relations between Iran and the West.

President Barack Obama and new Iranian President Hassan Rouhani spoke by telephone on Friday, the highest-level contact between the two countries in three decades and a sign that they are serious about reaching a pact on Tehran’s nuclear program.

Iran, a major buyer of Argentine corn, has long tried to improve relations with the grainspowerhouse. President Cristina Fernandez is allied with other Latin American leftist leaders who have defied Washington in their pursuit of ties with Iran.

In February, Argentina’s Congress approved a pact with Iran to set up a “truth commission” to shed light on the AMIA center bombing after years of legal deadlock.

The memorandum of understanding to form the commission needed ratification in Tehran, which Timerman told Telam has been all but granted.

“He gave us a full guarantee that the legal process has been completed,” Telam quoted Timerman as saying, referring to Zarif.

The memorandum “has been approved by Iran’s National Security Council and now awaits the signature of the Supreme Leader of the Revolution,” Ayatollah Ali Khamenei, Telam said.

Argentina, home to Latin America’s biggest Jewish community, has secured Interpol arrest warrants in the bombing case for nine men – eight Iranians and one person presumed to be Lebanese.

Tehran denies links to the 1994 bombing but offered talks with Argentina in 2011 to start “shedding light” on the case.

Jewish leaders say they doubt that Tehran will help probe the bombing in good faith. The Simon Wiesenthal Center called the proposed truth commission a farce that risks undermining the continuing judicial investigation into the attack.

Iran’s ratification of the commission “brings no benefit,” said a statement issued on Saturday by DAIA, the umbrella organization of Argentina’s Jewish groups.