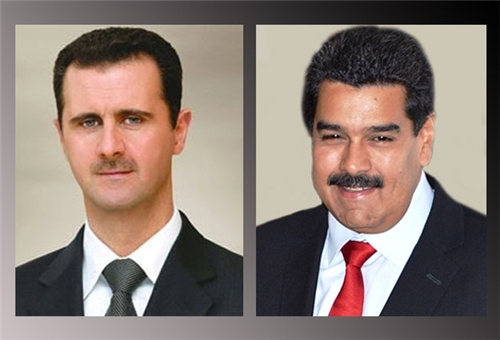 TEHRAN (FNA)- Venezuelan President Nicolas Maduro, in a phone conversation with his Syrian counterpart Bashar al-Assad, extended full support of the Venezuelan people and government for Syria in its fight against terrorism.

President Maduro renewed support for finding a political solution to the crisis in Syria, rejecting any form of military intervention in the country, the Syrian Arab New Agency reported.

Early in September, the US, Israel and France adopted the rhetoric of war against Syria over allegations that the Syrian government was behind a recent chemical attack near Damascus.