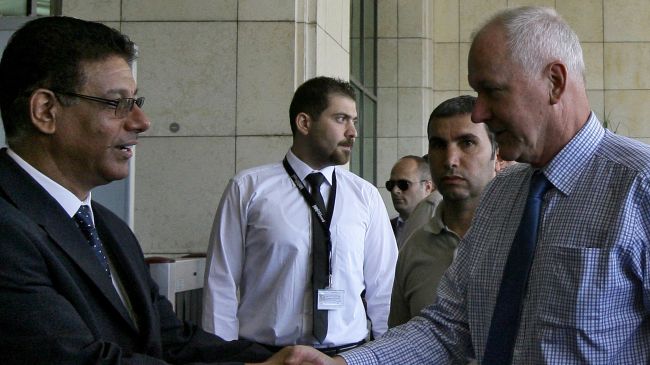 Russian and US officials assess that Syria’s chemical agents arsenal is mostly ‘unweaponized,’ enabling a faster removal of the stockpile than previously thought, a report says.

On Thursday, the Washington Post cited a confidential assessment carried out by Washington and Moscow as saying that Russian and US officials believe Syria’s entire chemical arsenal could be dismantled in a nine-month time span.

The officials also believe the “unweaponized” state of chemical weapons arsenal in Syria has made it less likely to be hidden by the Syrian government or seized by the Takfiri groups operating in the country.

The Organization for the Prohibition of Chemical Weapons (OPCW) said on September 21 that it started examining Syria’s “initial declaration” of chemical weapons. The Hague-based body is tasked with implementing the Chemical Weapons Convention (CW).

On September 14, the United States and Russia reached an agreement in Geneva on a framework that will see the elimination of Syria’s chemical weapons by mid-2014. The deal was reached after Russia offered Syria to put its chemical weapons arsenal under international control and Damascus accepted the proposal.

Syrian President Bashar al-Assad has also said his government is committed to the Russia-US agreement.

Russian Foreign Minister Sergei Lavrov said on Thursday that Moscow has reached an accord with Washington on a draft resolution on Syria, which “does not envision any actions based on Chapter 7 of the UN Charter,” that authorizes military action to restore peace and security.

The UN Security Council is expected to vote on the draft resolution proposed by Russia and the United States aimed at eliminating Syria’s chemical weapons.

If the draft is approved, the resolution would be the first one passed by the Council on Syria since the outbreak of the foreign-sponsored crisis in the Arab country in March 2011.