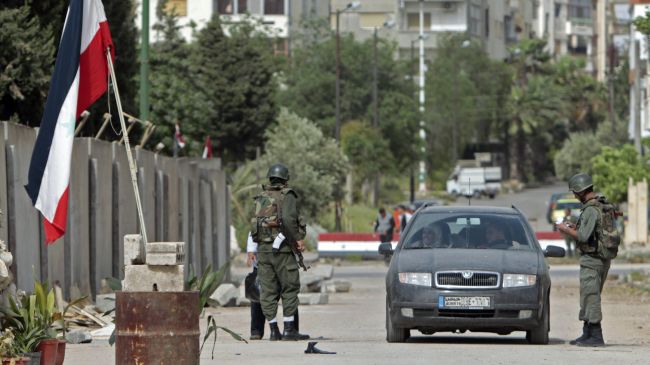 Syrian soldiers man a checkpoint at the entrance of al-Karama area in the central city of Homs on May 2, 2012.

The Syrian army says it has confiscated a number of Israeli-made missiles, which were in the possession of foreign-backed militants.

A military source told the Syrian news agency SANA that the seizure was made in the countryside of the southwestern city of Dara’a on Thursday.

It says Syrian troops seized a militant vehicle loaded with large weapons and ammunition, including at least four Israeli-made missiles.

This is not the first time that government troops have made such a seizure.

Media sources have in the past showed arms with Hebrew inscriptions, which they said originated from Israel.