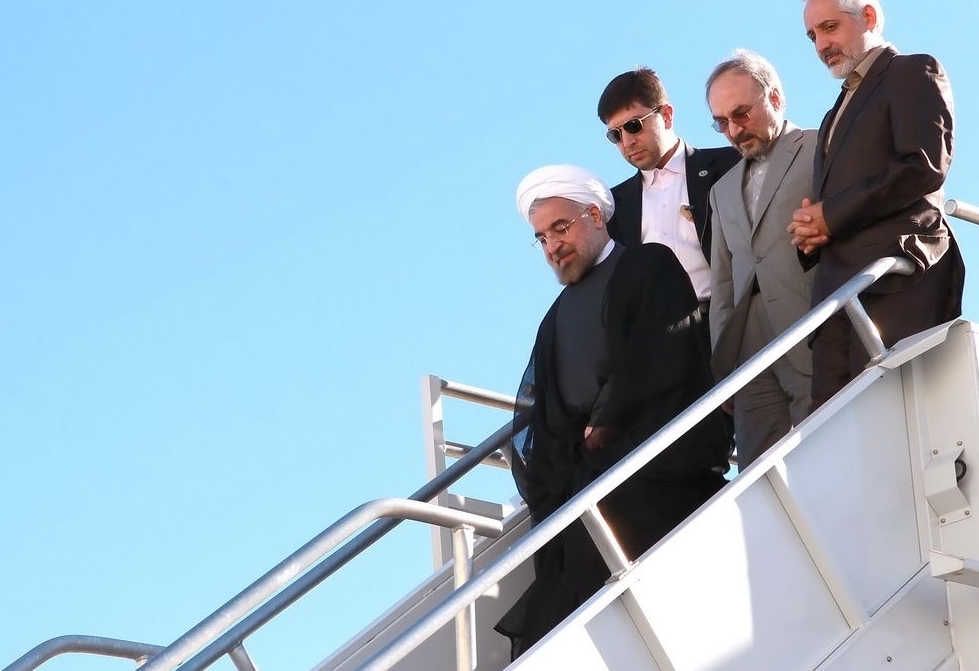 The only Jewish member of the Iranian Parliament Siamak Morreh Sedq also accompanied the president on his trip.

During his stay in New York, the Iranian president attended the United Nations General Assembly and delivered a much anticipated speech on Iran’s basic viewpoints on international issues, as well as the country’s peaceful nuclear program.

Moreover, he delivered a speech to foreign ministers of the Non-Aligned Movement (NAM) in the UN headquarters.

Addressing a High-Level Meeting on Nuclear Disarmament during the 68th UN General Assembly was among Rouhani’s other plans during the visit to New York.

The Iranian chief executive also made a speech at a gathering convened by Asia Society and the Council on Foreign Relations in New York on Friday.

On the same day, Rouhani attended a gathering of Iranian expatriates in New York, and delivered a friendly speech to his compatriots residing in the US.

And just on his way to leave New York City to fly back to Tehran, Rouhani has a telephone conversation with his American counterpart Barack Obama.

It was the highest-level contact between the two countries in more than three decades and a sign that they are serious about reaching a pact on Tehran’s nuclear program.

Both Rouhani and Obama underlined the need for a political will for resolving the West’s standoff with Iran over the Tehran’s peaceful nuclear program, the official website of the Iranian president reported.