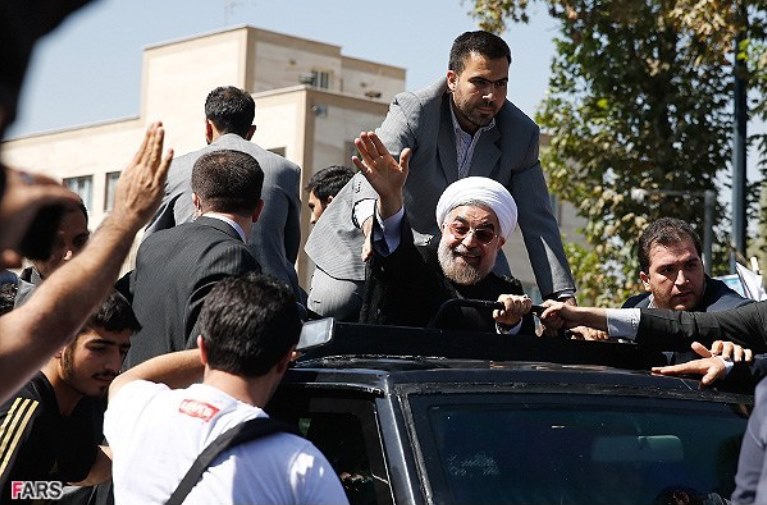 Iranian President Hassan Rouhani and his American counterpart Barack Obama have held a telephone conversation as the Iranian president was wrapping up his visit to New York for the 68th annual session of the UN General Assembly.

Iranian President Hassan Rouhani arrived in Tehran on Saturday after a five-day tour to New York City to attend the 68th annual session of the United Nations General Assembly.

Commander of the Iranian Ground Force’s Vali-e Asr Drone Group Colonel Reza Khaki announced that his forces have made 150 operational flights in one year.

EU Commissioner for Humanitarian Aid and International Cooperation, Cristalina Georgieva appreciated key role that Iran can play for shipment of international assiatnce to the Syrian refugees.

In order to meet customers’ satisfaction and preference, especially young car lovers, IKCO has decided to present the hatchback model of its newly self-developed sedan, Runna.

Iran’s President: Meeting Obama called off due to lack of time

The telephone conversation with US President Barack Obama was made at the request of the White House, said Iranian President Hassan Rouhani, and added that an anticipated direct meeting with Obama was cancelled due to the lack of time.

FM to brief Majlis on New York visit on Tuesday

Foreign ministers of Portugal and Iran met on the sidelines of the UN General Assembly to discuss bilateral ties as well as major international developments and emphasized the importance of further consultations between the two countries.

Rouhani: Phone talk with Obama made by White House

Iranian President Hassan Rouhani announced that the phone talk with his US counterpart Barack Obama was held at the request of the White House.