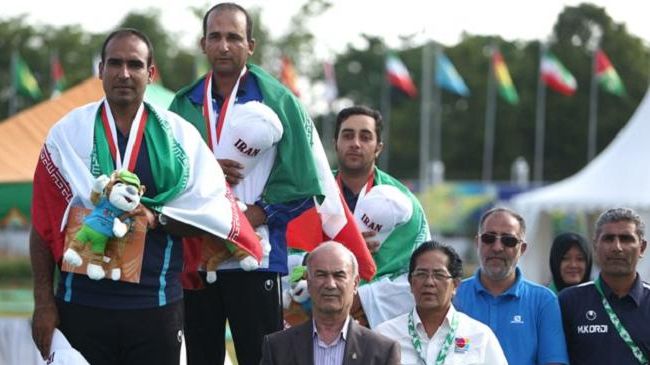 Iranian archer Esmaeil Ebadi has displayed his superiority by collecting a gold medal at the third edition of the Islamic Solidarity Games in Indonesia.

On Friday, Ebadi recorded an impressive performance in the final match of the men’s individual compound section at the Jakabaring Archery Field of the Indonesian city of Palembang, and scored 145 points.

Amir Kazempour of Iran received the silver medal with a total score of 143 points.

The 3rd Islamic Solidarity Games opened in Palembang on September 22, and will wrap up on October 1.

A total of 88 athletes are representing Iran in the competitions. Athletes from 55 countries are in action across 13 sports.