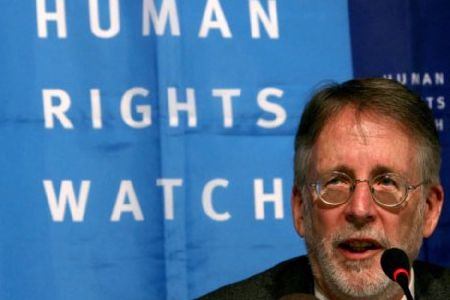 Human Rights Watch has condemned Israel’s forced transfer of Bedouin families in the occupied West Bank, describing it as a “prosecutable war crime.”

“The Israeli military should end its unjustified attempts to forcibly remove a decades-old community,” the rights organization’s Middle East director, Joe Stork, said in a statement on Thursday.

On September 16, Israeli forces destroyed properties built by the Palestinian Bedouin in the village of Khirbet al-Makhul, in the Jordan Valley.

According to UN sources, the move forced out 10 Bedouin families, including 16 children.

On September 20, the Israeli forces manhandled a group of European diplomats trying to hand out tents to the families whose homes had been demolished.

The troops threw sound grenades at the group and pulled a French diplomat out of an aid truck before it drove away.

Khirbet al-Makhul is said to be home to about 120 people. The Israeli military destroyed their houses on September 16 after a court ruled that they had been constructed without building permits and declared the area a “closed military zone.”

The UN Office for the Coordination of Humanitarian Affairs (OCHA) says the Israeli regime has destroyed over 500 properties belonging to Palestinians in East al-Quds (Jerusalem) in the West Bank since the beginning of this year. The regime has also displaced 862 people.