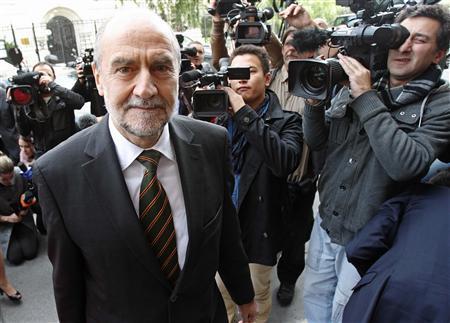 Iran played down prospects for a quick breakthrough in talks with the U.N. nuclear agency on Friday over a stalled inquiry into its atomic work, the first such meeting under the new relatively moderate Iranian government.

The discussions in Vienna, home of the International Atomic Energy Agency (IAEA), started at 10 a.m. (0800 GMT), a day after separate but related talks at the United Nations in New York, where Iran and the United States held their highest-level talks in a generation.

For the West, the IAEA negotiations are a test of any substantive shift by Iran from what it saw as intransigence under Mahmoud Ahmadinejad, the hardline predecessor of new President Hassan Rouhani.

Iran’s envoy to the IAEA, Reza Najafi, stressed the new government’s policy of “constructive interaction” but also said he did not expect any agreement on Friday.

“This is the first meeting, so nobody, I guess, should expect that in just a one-day meeting we can solve (our) problems,” Najafi, appointed as ambassador last month, told reporters as he arrived at the Iranian diplomatic mission.

“We expect to review the existing issues and also exchange views on the ways we can continue our cooperation to resolve all issues.”

Chief IAEA inspector Herman Nackaerts used similar language as he arrived: “We are looking forward to discuss how we can intensify the dialogue to resolve all outstanding issues.”

For several years, the IAEA has been investigating suspicions that Iran may have coordinated efforts to process uranium, test explosives and revamp a ballistic missile cone in a way suitable for a nuclear warhead.

Iran says the allegations are baseless, but has pledged, since Rouhani took office in early August, to expand cooperation with the U.N. agency. Western diplomats have accused Iran of obstructing the IAEA investigation.

U.S. Secretary of State John Kerry and Iranian Foreign Minister Mohammad Javad Zarif, who met privately in New York as well as in talks with other major powers about the nuclear dispute, both expressed cautious optimism.

Separate from the big power diplomacy to settle the dispute that could yet trigger a Middle East war, the IAEA has held 10 rounds of talks with Iran since early 2012 to try to resume its stalled inquiry into suspected atom bomb research.

The two sets of talks represent distinct diplomatic tracks but are linked because both centre on suspicions that Iran may be seeking the capability to assemble nuclear bombs behind the facade of a declared civilian atomic energy program.

Iran says its program is a peaceful bid to generate electricity. But its refusal to curb sensitive nuclear work and lack of full openness with IAEA inspectors have drawn tough Western sanctions, hurting its lifeline oil exports.

Rouhani said this week that Iran would never develop nuclear weapons and called for a nuclear deal in three to six months.

Olli Heinonen, a former IAEA chief inspector, and Simon Henderson, of the Washington Institute for Near East Policy, said Iran had “failed to cooperate with the IAEA in resolving questions about whether it has performed design work on an implosion-type atomic bomb.”

“This is key to judging the honesty of Tehran’s claims that it has never intended to pursue nuclear weapons,” they said in an analysis this week.