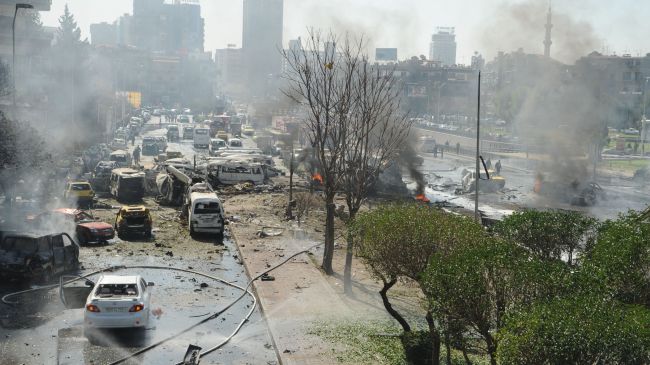 Rouhani: Regional cooperation to settle Syria crisis to benefit all

Making the remark in a meeting with the Turkish President Abdullah Gul on the sideline of the United Nations General Assembly session, he said both Iran and Turkey should mobilize their numerous common interests and objectives in the region to further develop their ties.

Referring to good relations and the extensive trade and economic cooperation between the two countries, he urged the two nations to make greater efforts to reach the desirable level of economic exchanges by 2015.

He believed the impact of Tehran-Ankara cooperation in settling regional conflicts was quite significant, adding that the first joint step to be taken by the two countries is to try to stop worsening of the situation in Syria.

President Rohani stressed the adverse effects of terrorism for the whole region and said all should try to push terrorist groups out of Syria to stop them form getting closer to each other.

He further stressed the importance of developing a common solution by Iran and Turkey as two neighboring states to the Syrian crisis.

The Turkish president congratulated President Rohani on his landslide victory in the recent presidential elections and reiterated that his success was significant not just for Iran but for the whole region.

He stressed importance of ties with Iran and hoped for expansion of mutual cooperation in line with interests of both nations.