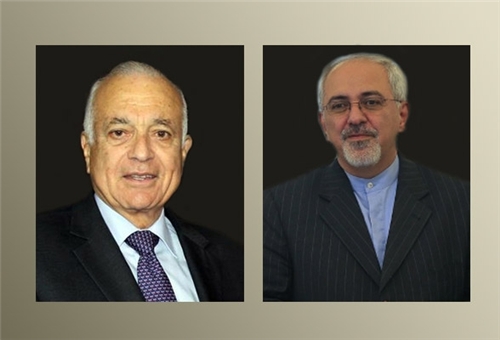 TEHRAN (FNA)- Iranian Foreign Minister Mohammad Javad Zarif and Secretary General of the Arab League Nabil al-Araby in a meeting in New York underscored the two sides’ determination to cooperate for the removal of misunderstandings and concerns.

The meeting was held on the sidelines of the UN General Assembly meeting in New York on Wednesday.

During the meeting, the two sides exchanged views on the Syrian crisis and ways to solve the problem.

The two sides also underlined necessity of cooperation between Iran and the Arab League to remove misunderstandings and concerns.

Earlier this month, al-Araby denied that AL’s recent call for action on Syria translated into their endorsement of a military intervention.

He also warned in an interview to al-Ahram newspaper that an operation against Syria would “explode” the entire Middle East, Voice of Russia reported.

Araby said Arab League’s call on the UN Security Council to interfere in Syria and act on reports of violence must not be spun as the “green light” for a Syria strike.

He also stressed that AL’s appeal to the United Nations should in no way be viewed as demonstration of weakness.

“We are part of an international system and we are going through a difficult period right now, and it keeps escalating because the Syrian problem is still far from being solved, while more and more blood is shed before the world’s eyes. We can’t just close our eyes on it and be idle,” Nabil al-Araby told the media.

The Arab League’s chief added he would oppose any interference in Syria’s home affairs unless mandated to act by the UN’s Security Council.