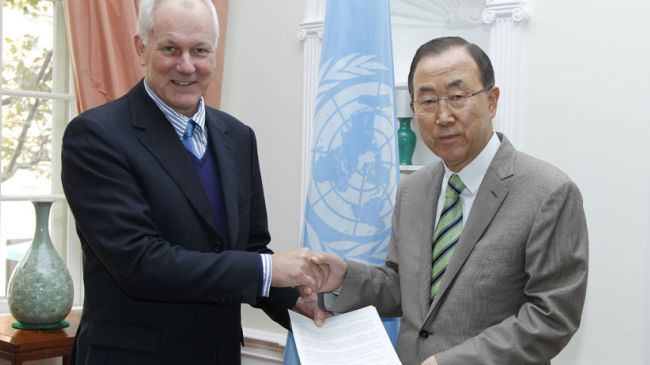 A team of UN chemical weapons experts has arrived in Syria for further investigation into the use of banned arms in the Middle Eastern country.

Reports say that the team is planned to probe the alleged use of chemical weapons some 14 times in the 30-month conflict in the Arab country.

The team conducted a preliminary investigation in the country last month and presented a report on September 15.

The report, delivered to UN Secretary General Ban Ki-moon by Sellstrom, said that there was “clear and convincing evidence that surface-to-surface rockets containing the nerve agent sarin were used in Ein Tarma, Moadamiyah and Amalaka in the Ghouta area of Damascus.”

Hundreds of people were killed and scores of others injured in the chemical attack which took place in the suburbs of Damascus on August 21.

The militants operating inside Syria and the foreign-backed Syrian opposition claimed that the deadly attack was carried out by the army.

Following the chemical attack, the US called for punitive military action against Damascus. The Syrian government averted possible US aggression by accepting a Russian plan to put its chemical arsenal under international control and then have them destroyed.