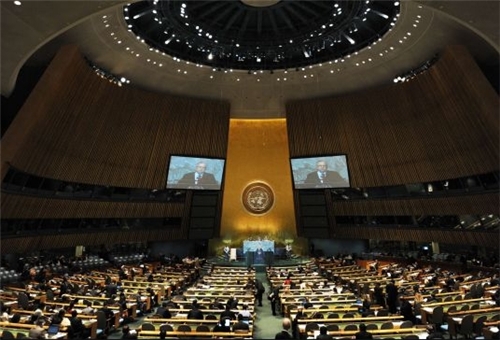 (Reuters) – The United States and Iran have set the stage for what could become their most serious contacts in a generation, but direct talks on the Iranian nuclear program are likely to be slow, difficult and fragile.

Years of sporadic negotiations between Tehran and world powers have failed to yield a deal for curbs on Iran’s nuclear program in return for relief from stiff international sanctions.

The talks are due to resume on Thursday, attended by U.S. Secretary of State John Kerry and Iranian Foreign Minister Mohammad Javad Zarif against a backdrop of rare conciliatory gestures between the United States and Iran.

While he failed to secure a hoped-for encounter with new Iranian President Hassan Rouhani on Tuesday, U.S. President Barack Obama, in a speech to the U.N. General Assembly, made several gestures to Washington’s long-time adversary, including accepting Iran’s right to the peaceful use of nuclear energy.

Still, he acknowledged, “the roadblocks may prove to be too great” to secure a diplomatic deal.

In his speech to the General Assembly, Rouhani, while denying Iran is seeking a nuclear weapon, said he was prepared to engage in “time-bound and results-oriented” nuclear talks.

He pleaded for “a consistent voice from Washington,” and said he hoped Obama would not be swayed by “war-mongering pressure groups.”

Whether the diplomatic signaling translates into flexibility at the negotiating table won’t be known for some time.

“After the initial excitement of a change in atmosphere, I expect each side to move slowly,” said Jon Alterman, director of Middle East programs at the Center for Strategic and International Studies in Washington.

“This is in part because there (are) politicians on each side who think rapprochement is a strategic mistake, and in part because negotiators fear that haste will push one into making a deal harmful to one’s interests,” Alterman said. “In fact, it would surprise me if there isn’t a crisis in negotiations as each side tests the other’s breaking point.”

Formally on the table is a standing offer from world powers for Iran to suspend its most sensitive uranium-enrichment work in return for modest relief from international sanctions. Iran did not accept that offer during the most recent round of talks in April in Kazakhstan.

The talks take place in a diplomatic format known as the P5+1, which involve Iran, the United States, Britain, China, France, Germany and Russia.

Richard Haass, a former White House and State Department official who is now president of the Council on Foreign Relations, said negotiators face both technical and political challenges.

In terms of a deal, he said, negotiators must agree on how much nuclear activity Iran can conduct – Tehran says its program is for peaceful purposes – how nuclear inspections will be conducted, and what sanctions relief Iran can expect. Any agreement is likely to be staggered in phases but both sides should reach agreement first on the deal’s outlines, Haass said.

“The initial thing is to see if the United States and Iran can agree on what would be an acceptable outcome,” he said.

Rouhani, elected on a mandate to improve Iran’s economy, made clear in his U.N. speech that his priority is the lifting of the sanctions that have cut deeply into Iran’s oil income.

International sanctions against Iran “are violent, pure and simple,” he said.

Yet nitty-gritty details may be the relatively easy part. Any deal – and the potential U.S.-Iranian rapprochement it might bring – faces skepticism if not outright hostility from many sources, including Israel, the U.S. Congress and hardliners in Iran.

“Both sides have what political scientists would call a domestic management challenge,” said Haass. “It’s not just an intellectual challenge. The question is how you negotiate and how you build outside support. It’s tricky.”

In Washington, some lawmakers of both parties favor tightening, not easing, the sanctions on Iran.

Rouhani may also be hemmed in.

Esmail Kowsari, a conservative Iranian member of parliament who sits on the Majlis’ National Security and Foreign Policy committee, said in an interview with Iran’s Etemaad newspaper that “negotiations with the United States will not happen.”

Iran’s supreme leader Ali Khamenei “has left Mr. Rouhani’s hands free in the tactical field and he can only be active in this field,” Kowsari told the newspaper. If previous President Mahmoud Ahmadinejad “spoke with a harsh and sharp tone, Mr. Rouhani can change his tone of speaking with the foreigners.”

He added: “The leader will never give a green light” for direct talks with the United States.

U.S. officials have made clear they would have welcomed at least a brief encounter on Tuesday between Obama and Rouhani, which would have been the first meeting between U.S. and Iranian presidents since 1977.

But Rouhani did not attend a reception hosted by U.N. Secretary General Ban Ki-moon. The stated reason was that alcohol was being served.

“Our assessment is while President Rouhani has been elected with a mandate to pursue a more moderate foreign policy toward the West and to pursue negotiations in part to achieve sanctions relief, the issue of the relationship between the United States and Iran is incredibly controversial in Iran,” a senior U.S. official said.