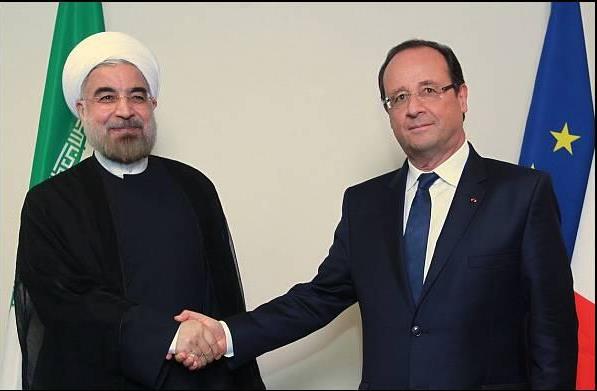 Iranian President Hassan Rouhani has met with his French counterpart Francois Hollande on the sidelines of the 68th annual session of the UN General Assembly in New York.

The two leaders shook hands before entering closed-door talks on Tuesday. The meeting was expected to focus on the crisis in Syria and Iran’s nuclear energy program.

Rouhani addressed the UN General Assembly later in the day.

In his address to the 68th annual session of the UN General Assembly, Hollande said Tehran “clearly has the right to pursue its civilian [nuclear] program.”

The French president also called on Iran to show “concrete gestures” to help resolve the issues regarding its nuclear energy program.

He hailed the position taken by President Rouhani on Iran’s nuclear energy program as “a glimmer of hope” and called for more practical measures on the part of Tehran.

The IMF said the possibility of a visit to Iran by one of its delegations will be discussed at upcoming meetings in Washington.

Tehran strongly rejects the claim against its nuclear energy program, maintaining that as a committed signatory to the nuclear Non-Proliferation Treaty and a member of the International Atomic Energy Agency it has the right to use nuclear technology for peaceful purposes.