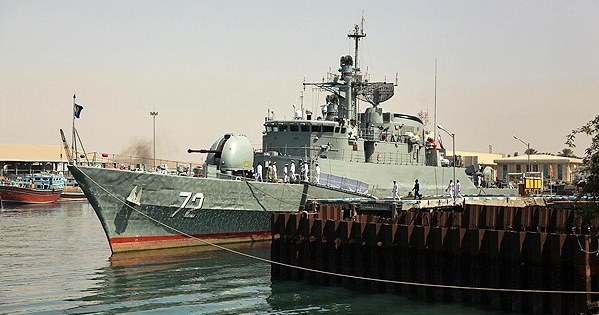 Dabouq’s documentary dubbed as ‘Roaring Waters’ has been filmed in 10 countries, including Lebanon, US, Britain, Egypt, Turkey, the UAE and Iran. It has taken Dabouq 18 months to finish his documentary.

He underlined that even the military experts of enemy states have acknowledged Iran’s naval power in the film, saying that Iran and the IRGC Navy is powerful enough to confront and repel threats.

Roaring Waters is an exhilarating three-episode documentary, each 50 minutes, and will go on screen by Iranian and foreign television channels soon.

Mohammad Hassani also explained that since Dabouq is a Lebanese national and couldn’t travel to Israel, he had recruited several people to travel to Israel to interview two senior officials of the Israeli spy agency, Mossad, about the way the see Iran’s naval power.

Iran has bolstered its naval capabilities, specially in building submarines, destroyers and different naval systems and subsystems, in the last decade, but it has always reiterated that it is raising its military preparedness only for deterrence and defensive purposes.

A recent study by a fellow at Harvard’s Olin Institute for Strategic Studies, Caitlin Talmadge, warned that Iran could use mines as well as missiles to block the strait, and that “it could take many weeks, even months, to restore the full flow of commerce, and more time still for the oil markets to be convinced that stability had returned”.