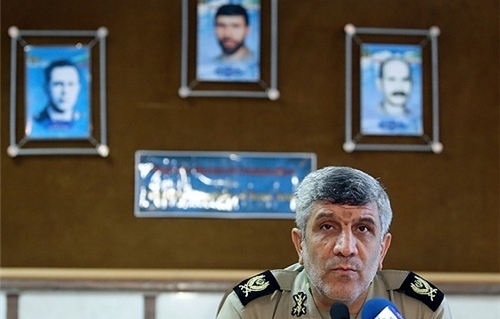 TEHRAN (FNA)- The Iranian Army Command and Staff University announced its preparedness to share its experiences and interact with the neighboring and friendly countries.

“We have moved towards self-sufficiency in this University and can claim that we are monitoring and moving along the latest scientific developments and even move faster than them,” Deputy Head of the Iranian Army Commandership and Staff University for Research Affairs Amir Bahram Rezayee said in Tehran on Wednesday.

He said that at present a number of students from the neighboring and friendly countries are studying in the University, and underlined, “We are ready for exchanging students with the friendly states.”

The Iranian defense officials have on many occasions announced the country’s readiness to share its experiences with the friendly states.

He explained Iranian defense industries’ potentials and capabilities in different grounds, and said that Iran is ready to transfer defense and military experiences to Tanzania.

Also in 2011, the Islamic Revolution Guards Corps (IRGC) announced that it is ready to train other countries’ air marshals and transfer its experience in training flight security units to friendly states.

“As regards trainings for air marshals and given the valuable experiences of the Islamic Republic of Iran, we have announced our preparedness to hold (flight security) training courses if brotherly and friendly countries are interested,” Lieutenant Commander of the IRGC Air Marshals told FNA at the time.

The commander, however, pointed out that Iran has not received any specific request in this regard yet.

The commander underlined that Iran is not dependent on any foreign state for training its air marshals, and that all the relevant training courses have been devised inside Iran.