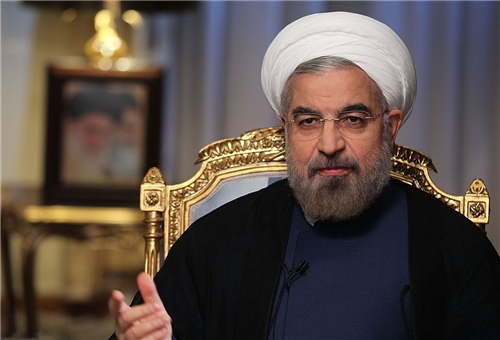 Following up his address to the United Nations, President Hassan Rouhani has declared in a CNN interview, “I would like to say to American people: I bring peace and friendship from Iranians to Americans.”

Rouhani said the Supreme Leader supported his efforts for a nuclear agreement with the US and other powers — “I think that the President of Iran has the authority whenever the national interest of the country is involved” — and he effectively acknowledged the Holocaust:

I have said before that I am not a historian, and that when it comes to speaking of the dimensions of the Holocaust it is the historians that should reflect on it.

But in general I can tell you that any crime that happens in history against humanity, including the crime the Nazis committed towards the Jews, as well as non-Jewish people, was reprehensible and condemnable as far as we are concerned.

The Iranian President confirmed the statements of US officials that they had invited him to an “encounter” with President Obama on Tuesday at the UN:

The United States declared its interest in having such a meeting, and in principle Iran could have under certain circumstances allowed for it to happen.

But I believe we didn’t have sufficient time to really coordinate the meeting to the full extent that we needed to.