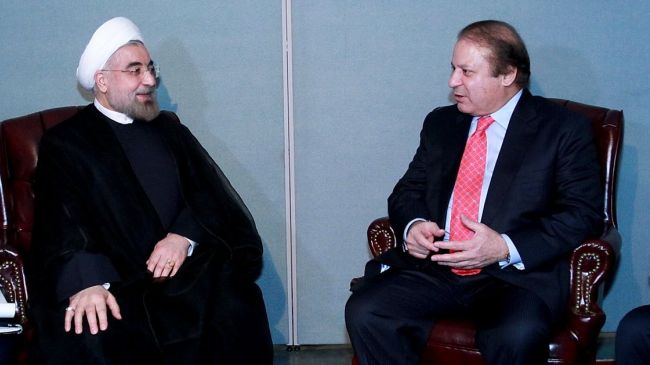 TEHRAN (FNA)- Iran’s President Hassan Rouhani and Prime Minister of Pakistan Nawaz Sharif, in a meeting on the sidelines of the 68th Annual Session of the UN General Assembly in New York, underlined the need for bolstering bilateral ties between Tehran and Islamabad in various fields.

Rouhani and Sharif called for elimination of terrorism as a serious threat to the entire region.

Iran and Pakistan exchange delegations on a regular basis and the two neighboring countries are keen to expedite expansion of their bilateral trade ties.

In March, Iran and Pakistan officially inaugurated the construction phase of a several-billion-dollar gas pipeline project which is due to take Iran’s rich gas reserves to the energy-hungry Muslim country.