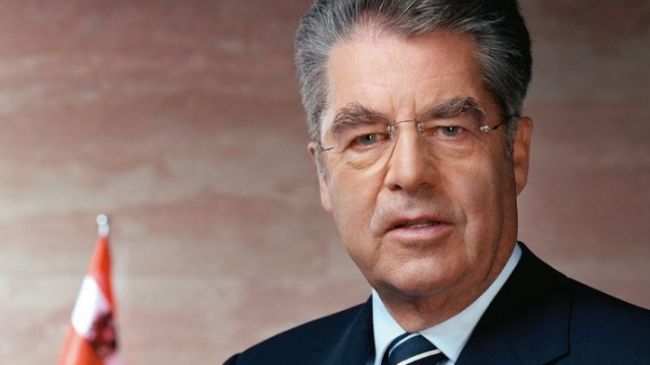 Talking to IRNA, he said Europe will gradually remove sanctions against Iran if an agreement is developed.

As to his meeting with President Rohani which took place on the sideline of the UN General Assembly, he said the two presidents met in a friendly and relaxed atmosphere and both expressed their views on different issues in an open manner.

He said President Rohani assured him as well as the European Union that Iran’s nuclear program was not for producing atomic weapons and was solely used for peaceful purposes in energy and industrial sectors.

President Rohani stressed that sanctions imposed on Iran were unfair, he said, stressing that the removal of anti-Iran sanctions could take place gradually in next several months.

The Austrian president further described ties with Iran as close and positive, noting that there have been many changes in Iran’s approach since President Rohani took office.